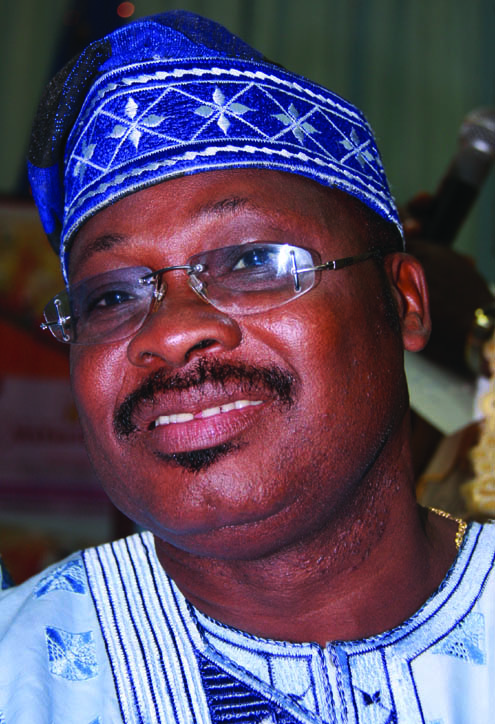 Governor Abiola Ajimobi, of the western Nigerian state of Oyo has condemned the current fiscal structure which favours the Federal Government with 52.68 per cent of the national revenue, saying it is at variance with the responsibilities of the other tiers of government.

He made this position known today in Ibadan, capital of Oyo State at a two-day South-West Zone public hearing on the proposed review of revenue allocation formula organized by the Revenue Mobilization, Allocation and Fiscal Commission (RMAFC).

Ajimobi therefore recommended a review of the revenue allocation formula that would give 30 per cent to the Federal Government and 42 per cent to the states, with the local governments taking the remaining 28 per cent.


In his keynote address, Ajimobi while stressing the need for fiscal equity said that the responsibility of governance, both at the state and local government levels, had become so enormous but frustrating for the operators due to what he called inadequacy of resources.

The governor also expressed worry over the primary responsibilities of states and local governments which the Federal Government shares with them.

“Since the States and Local Governments are positioned strategically to identify the critical needs of the people at these levels of governance, duplication of efforts on the concurrent list should be reviewed, so as to allow each tier of government to concentrate on areas that will better touch the lives of the governed. The current revenue allocation formula is dictated by executive fiat. This is not acceptable”, Ajimobi added.

Urging all stakeholders to lend their voices to the desired devolvement of more financial resources from the centre to the states and local governments, he noted that some of the issues that would lead to the realization of the dream would require constitutional amendments stressing that necessary steps should be taken to correct the present imbalance and unfair distribution of our financial resources.

According to him, “Cries against this inequitable distribution have been strident among federalism experts and nationalists. Yet, there is no respite at the moment. Efforts, severally and individually, had in the past been made to make the federalist avowal of the Nigerian Constitution to reflect its fiscal disposition accordingly.

“However, this desired result and effect have been elusive. A formula that will be directed towards the economic imperatives of the nation, further its oneness and eschew unfairness among the various tiers of Government, is no doubt a sine qua non for an equitable nation.”

The governor also called for the independence of RMAFC from the Federal Government which he said was an interested party in revenue mobilization and sharing formula.

Governor Ajimobi also pointed out that the issue of crises of population should be given a proper attention as one of the relevant determining factors for revenue allocation.

In his welcome address, the Chairman of RMAFC, Engr. Elias Mbam said that the public hearing was aimed at further providing another veritable platform for Nigerians to express their views and submit memoranda on the review process.

He assured of his commission’s commitment to ensuring the full application of the principles of fairness, justice and equity in the review process