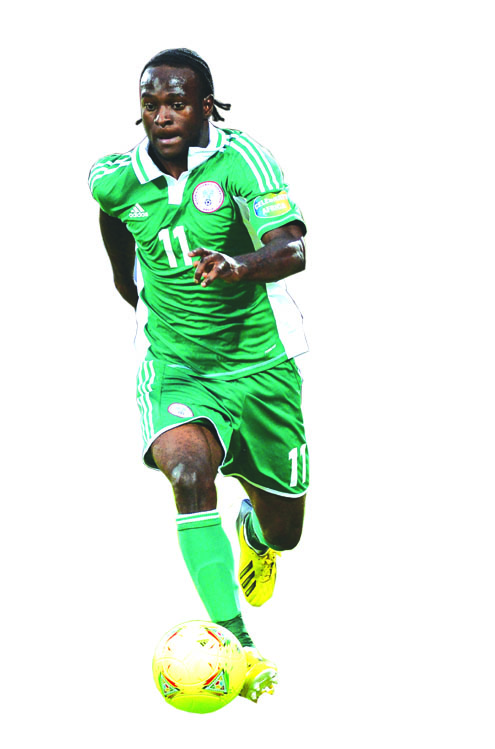 On loan Liverpool of England Nigerian footballer, Victor Moses has been unveiled as an Ambassador of Globacom.

The unveiling ceremony  held Tuesday at the Corporate Headquarters of the telecommunication s company on Victoria Island, Lagos western Nigeria.

Group Operating Officer, GOO, of Globacom, Mr. Mohamed Jameel said that bringing the Super Eagles’ player as one of the Ambassadors of Glo is in fulfilment of the company’s commitment to projecting Nigerian youths who excel in their chosen career.

According to Jameel: “The philosophy of Globacom is that we encourage Nigerian youths  and recognise the good work they are doing to uplift the society. We also encourage young talents and give them aspiration that they can become great if they work hard like what Moses is doing in his career in Europe and in the national team.”

Jameel disclosed that the contract as an Ambassador will last for two years after which it can be renewed by mutual consent of the parties involved.

Moses, who flew to Abuja Tuesday afternoon to join the Eagles’ camp preparing for the World Cup playoffs against Ethiopia, said that he felt honoured to have been selected as an Ambassador of Glo.

The former Crystal Palace Football Club of England said he would work harder to justify the confidence repose in him by the management of the telecommunication company.