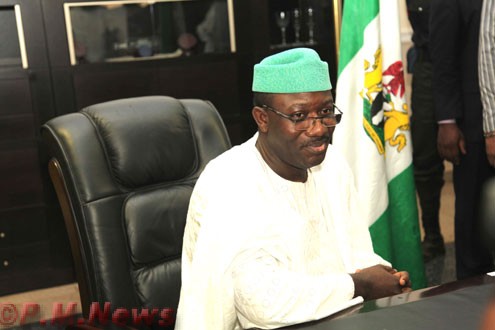 Gov. Kayode Fayemi of the western Nigerian state of Ekiti on Monday announced the disbandment of the state-owned football club, “The Fountain FC of Ado-Ekiti’’.

In a statement issued by the Senior Special Assistant to the Governor on Sports, Pastor Micheal Awopetu, the governor also announced the formation of a new club to be known as “Ekiti United FC”.

The governor also disclosed the constitution of a new management board that will manage the affairs of the new club.

The board is to be chaired by the senator representing Ekiti South Senatorial District, Chief Anthony Adeniyi, with popular football philanthropist, Dr Isaac Ayodele, as vice chairman.

The other members are Mr Deji Olowolafe of the State Sports Council, Messrs Gbenga Oyedele and Steve Alabi, and representatives of the Sport Ministry.

He said the changes were made to arrest the dwindling fortune of professional football in the state and to re-brand its football team for better performance.

Meanwhile, the General Manager of Ekiti State Sports Council, Mr Olukayode Adewunmi, has expressed gratitude to the governor for the changes.

“The initiative of the state government is a welcome development,’’ he said in an interview with the News Agency of Nigeria (NAN) on Monday in Ado-Ekiti.

Adewunmi said it would enable talented youths in the grass roots to prove their mettle in the newly formed club. (NAN)