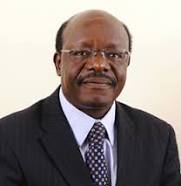 (Geneva, 11 November 2013) – Many of the world’s poorer countries have improved their debt balances in recent years, but “this positive trend is now sputtering”, UNCTAD Secretary-General Mukhisa Kituyi told a debt management conference this morning. He said that the UNCTAD-formulated set of Principles on Responsible Sovereign Lending and Borrowing should be increasingly applied, and called for international reforms leading to an “agreed mechanism for debt workouts” to be used if a new round of debt crises occurs.

The Secretary-General was speaking at the opening of the 9th UNCTAD Debt Management Conference, which runs until 13 November. The three-day event features high-level panel discussions on how developing countries can cope with external events that may affect their debt situations. The conference will also look at steps that can be taken to avoid or mitigate debt crises, and at effective strategies for efficient management of sovereign debt. Among the panellists will be Win Shein, Minister of Finance and Revenue of Myanmar, and Aggrey Tisa Sabuni, Minister of Finance, Commerce, Investment and Economic Planning of South Sudan, along with a number of national treasury officials and debt management experts.

Dr. Kituyi said that the debt stocks of developing nations had increased by more than 10 per cent per year since the 2009 global financial crisis, and in 2012 had expanded by 12 per cent. Until recently, significant gross domestic product (GDP) growth, even after the recession, had outstripped the increasing debt loads, enabling developing countries and the so-called transition economies to reduce the average ratio of total debt to GDP from about 28 per cent early in the new millennium to about 21 per cent in 2011.

But continuing stagnation in advanced economies recently had caused a “sharp contraction of export growth” in developing and transition countries, Dr. Kituyi said. At the same time, he noted, high levels of unemployment and a corresponding need for social services had increased government expenses. Additionally, capital flows to poor countries had become more volatile as the picture for long-term interest rates in the advanced economies shifted, over speculation on when government stimulus measures there would be “tapered off”. In some cases, the Secretary-General said, capital flows to developing countries had reversed.

The result is that in 2012, the debt-to-GDP ratio for developing countries worsened slightly, for the first time in more than a decade, to an average of about 22 per cent.

“As yet, there is no reason for alarm,” Dr. Kituyi told the meeting. And he noted the irony that “contrary to the 1990s, today most of the high-profile cases of sovereign debt distress are in the advanced countries.” But while “the external debt situation of developing countries as a group remains manageable, even if aggregate statistics mask important differences between countries, these new challenges are a cause for vigilance.”

“As the frequency and severity of such debt crises have increased, and they are no longer isolated to developing countries, the need for timely, impartial and transparent resolutions of debt problems has become more acute for all countries. Achieving this will require reforms of the international financial architecture that create more effective mechanisms for the prevention of crises as well as their timely resolution.”

The Secretary-General noted that UNCTAD’s set of Principles on Responsible Sovereign Lending and Borrowing “do not create new rights or new obligations in international law, however they do identify and systematize the basic general principles and best practices applied to sovereign lending and borrowing and elaborate the implications of these standards. In this way, through voluntary adherence to these principles by a growing number of actors, they can make a contribution to the prevention of debt crises.”

The Secretary-General went on to say that “we must also improve the way we deal with debt crises when they do occur”, and urged the development of “an agreed mechanism for debt workouts” to avoid legal uncertainty and protracted negotiations on debt restructurings. He told the meeting that the lack of such a mechanism could “exacerbate the adverse impact of crises both on the affected country and on its creditors.”

UNCTAD has set up a working group to develop a debt workout mechanism, Dr. Kituyi noted. “We hope that this group can make a contribution to the global debate on this important and pressing issue.”