8 Hours Of Work: Why Danfo Drivers Are Restricted - P.M. News

8 Hours Of Work: Why Danfo Drivers Are Restricted 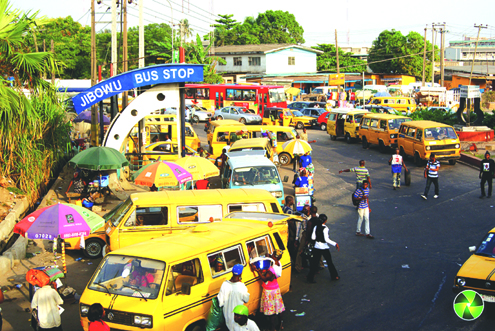 The government said the decision was taken to preserve the health and safety of drivers and other road users in accordance with the provisions of the 2012 Road Traffic Law regarding the restriction of the drivers to eight hours of work daily.

According to Section 44, Subsection 1a, b and c of the Lagos Road Traffic Law 2012, drivers are not supposed to work for more than eight hours per day so that they won’t be tired while driving and endanger commuters and other road users’ lives.

Commissioner for Transportation, Comrade Kayode Opeifa, said by maintaining the eight hours of work daily as stipulated in the Traffic Law, drivers, their passengers and other road users would be  guaranteed safety as they would be alert to take control of situations on the road while behind the wheels.

He said since drivers were engaged in gainful employment and were contributing to the economy of the state, their condition of service should be of interest to government such that they would not be subjected to harsh conditions that would affect their health and, by implication, put their passengers and other road users at risk.

Opeifa said further that this provision of the law on working hours was not different from what obtains in the formal, public and private sectors where working hours did not exceed eight hours at a stretch with a provision for a break in order to refresh.

“Drivers, like others contributing to the nation’s economy, are entitled to enough rest to make them function well,” he said.

He, therefore, urged members of the various transport unions in the state who were yet to comply with the registration of their commuter buses, drivers and bus conductors to do so immediately, adding that owners of buses should visit any Vehicle Inspection Office nearest to them while the drivers and conductors should go to the Lagos State Drivers’ Institute (LASDRI) located in the five divisions of the state for the registration.

Meanwhile, The Lagos State chapter of the All Progressives Congress, APC, has thrown its weight behind the enforcement of the section of the traffic law which restricts commuter bus drivers (Danfo Drivers) from driving for more than eight hours daily.

The interim state chairman of the party, Otunba Henry Oladele Ajomale, who made this known at a press conference held this morning at the APC Secretariat, Acme Road, Ogba, also commended the Lagos State Government for the reintroduction of uniforms and badges for all danfo drivers and their conductors.

He said that the rule is clearly stated in section 44, paragraph 2 of the Road Traffic Law, 2012, which implies that drivers of danfo and other buses shall operate a shift schedule.

He recalled that before the law was passed, danfo drivers usually operated from 6a.m. to 12 noon, 6 hours (morning duty), 12 noon to 7p.m, 9 hours (afternoon duty) and 7p.m. to 10p.m, 3 hours (night duty) as recently confirmed by the state chairman of the National Union of Road Transport Workers, NURTW, Alhaji Tajudeen Agbede.

Ajomale said further that section 44(2) of the Road Traffic Law was enacted to formalise what had hitherto been the convention among members of the NURTW in the state.

“Some mischief makers have gone to town with falsehood that, at the end of the first eight hours each day, there would not be any danfo on the road to transport commuters. This is utter falsehood.

“The APC urges everyone to ignore the lies, but face his/her legitimate duties, as the APC government in Lagos State is a focused, people-oriented administration that is irrevocably committed to the improvement of citizens’ welfare.

“The APC commends the re-introduction of uniforms and badges to all danfo drivers and conductors, and urges them to embrace attitudinal change that would make both innovations successful. The APC enjoins all citizens to see the enforcement of the quoted sections of the Road Traffic Law (2012)  as a desire to make life better for everyone,” he said.