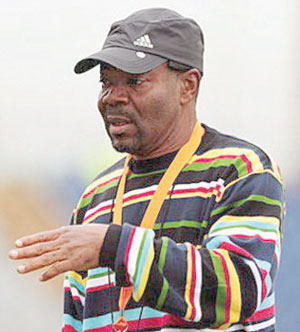 Obuh told the News Agency of Nigeria (NAN) in Calabar on Monday that the performances of Ogenyi Onazi, Kenneth Omeruo and Ahmed Musa were a thing of joy for him.

“These were my players when I coached the national U-17 team in 2009. I am happy that they eventually made it to the Super Eagles. I am proud of them,’’ he said.

“It’s so wonderful and I believe that more of them will still be there. It’s just a question of time.

“It’s because I know the people I have. I know them, even when some of them are not yet called, I’m sure with time they will call them.’

Obuh, who also managed the National U-20 team, said he was optimistic more players from the 2009 squad would eventually play for the Super Eagles.

He said that the way forward for the Super Eagles at this point was for the team to engage in quality friendly matches that could enable the team to blend perfectly.

He said the Super Eagles’ qualification for the 2014 World Cup had lifted the spirit of Nigerian sports lovers and restored their confidence in the senior national team.

“It’s really a fantastic moment! So happy a moment

“It was just done as if it was not difficult, but, we thank God, that we were able to do it.

“At least, now that we have qualified for the world cup, everybody is happy; you saw the atmosphere in Calabar.

“How everybody, even under the rain, went into the field to go celebrate the qualification.

“It’s been a wonderful time, we thank God.  The next thing is just what we need to do now. That is just the most important thing.

“What next to do to the team to know how we will be able to stand for Africa in the world cup.’’