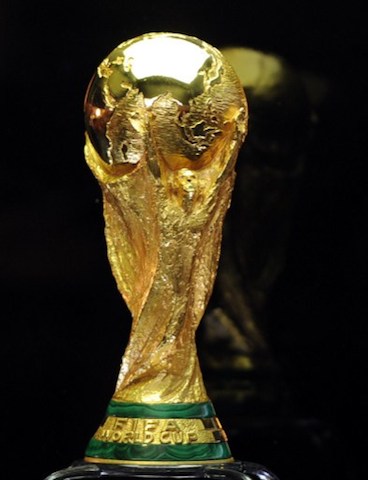 Brazilian psychic diva Marcia Fernandes on Sunday forecast that Germany will win the World Cup in Brazil next year.

“Germany is going to prevail,” she said in a highly anticipated prediction at Mystic Fair, an event that drew more than 40,000 people at an exhibition center in suburban Sao Paulo.

“I think that Brazil can conquer the Cup” next year, she said to the delight of the crowd. “This is a possibility,” she said, noting that the national squad was likely to face its traditional rivals such as Italy, Germany or Argentina.

Two other top psychics, Marcia Pugliesi and Daniel Atalla, said they were not in a position to call a winner for the high-profile tournament, which will be held from next June 12 to July 13.

Fernandes, a medium who hosts a wildly popular radio show, also said that 2014 would be a “very good year” for business, “a marvellous year, a year of love, a year of marriage”.

The forecast marked the highlight of what event organizer Claudiney Prieto described as “the biggest esoteric fair on the planet.”

It brought together more than 400 exhibitors, mostly from Brazil, but also from Italy, Spain and Peru.

The fair’s popularity speaks to Brazilians’ fascination with things spiritual in a country that remains officially predominantly Catholic despite major inroads by evangelical Christians.

“Mystic Fair is the celebration of the plurality of Brazilian spirituality, of what makes us different and one of the most spiritual people on earth,” Prieto told AFP.

“All forms of spirituality converge here, from Afro-Brazilian religions such as Umbanda and Candomble, to Hare Krishna, Buddhism, shamanism and witchcraft.

The two-day fair, now in its fourth event, is held annually in Sao Paulo and Rio.