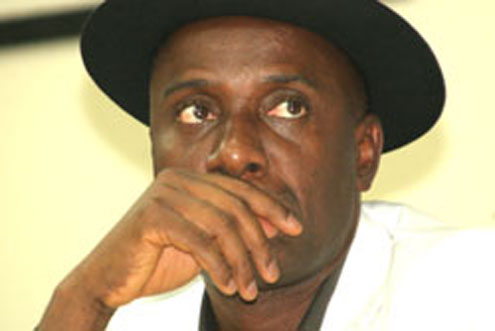 The Rivers State Chapter of the All Progressives Congress (APC) has alleged a plot by six rebel lawmakers in the state to convene a meeting at the secretariat of the People Democratic Party and then carry out a kangaroo impeachment of Governor Rotimi Amaechi.

The APC made the allegation today in a statement, revealing also that the rebels have resorted to sitting in the PDP secretariat after a botched plan today to sneak into the House of Assembly.

The party warned the rebels not to go ahead with their plot.

The party claimed it has “credible information” at its disposal “to the effect that this inconsequential minority in a State House of Assembly of 32 members.. have concluded to sit at the Rivers State PDP Secretariat within the week starting from 17 December, 2013 to impeach the Governor and announce the self-proclaimed Speaker, Evans Bipi, as the acting Governor of the State”.

It said that imaginary crimes would be used as an excuse by the EFCC to arrest Governor Amaechi.

“We have never seen where lawmakers sit in a party secretariat to carry out any business of the House and we wish to say in advance that any such action would be null and void and of no consequence whatsoever. We hereby warn Bipi and his co-conspirators to exercise restraint because there is a limit to rebellion.

“We also wish to call on the police to promptly seal off the Rivers State PDP Secretariat to prevent it from being used to perpetrate this illegality which, if allowed to be implemented, will trigger crisis of unimaginable proportions in the state and beyond.

The APC claimed that Bipi, the self-acclaimed speaker boasted to some of his aides and admirers that his minority group has been directed to impeach Gov Amaechi within 17th to 24th December, 2013 as he is not to be allowed to do his Christmas event in the Brick House (Government House) of Rivers State for whatever reason.

According to the APC, Bipi claimed that his group has been saddled with the impeachment task to please its masters in Abuja “not minding whatever consequences it will bring to democracy in Nigeria and the people of Rivers State”.

Meanwhile, the APC Interim State Chairman, Dr. Davies Ibiamu Ikanya, has described as unfortunate the statement credited to the Supervising Minister of Education, Chief Nyesome Wike, that the Rivers State crisis is Gov. Amaechi’s way of paying for underrating him.

“For the lack of a better word to use in the circumstances, Wike has by this statement exposed himself not only as a selfish person who elevates his personal interest above that of the entire Rivers State but also as an ingrate.

“For goodness sake, this is an individual who benefitted so much from Governor Amaechi and who was nominated as a Minister by Governor Amaechi, who stoutly defended him even when President Goodluck Jonathan queried his nomination. The good people of Rivers State now know that the state is plunged into this unnecessary crisis that has consumed resources that would have been used for the development and emancipation of the people of the state just because of an individual’s vindictive spirit,” Dr. Ikanya said.