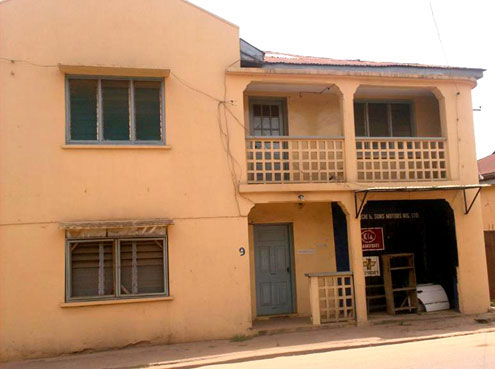 Governor Babatunde Fashola of Lagos State, western Nigeria, has ordered investigation into the eviction of residents from eight houses in Bariga area of Lagos.

A purported court injunction from the Ikeja High Court last Wednesday led to trhe eviction of the residents. Officials of the court were said to have effected the eviction order, but Fashola is worried over the development and called for full investigation.

The eight houses are on 3, 6, 7 and 15, Adewunmi Street; 11 Egberongbe Street, 11/18 Olaniyi Street and 1 Shofunwa Street. While the first seven houses were granted to Madam Oluwatoyin Aliu, the last house was granted to Prince Kamorudeen Obanishola.

The statement of the court judgment (suit No: ID/987M/10), read that the court on May 10th, 2012, delivered judgment in a property case between one Madam Oluwatoyin Aliu & Anor and Prince Kamorudeen Obanishola (Claimants) and Zacheus Alabi (Defendants).

The landlords and tenants of the affected properties said they were not aware of any court injunction.

Lagos State Commissioner for Special Duties, Dr. Wale Ahmed who led the state delegation to Bariga said that the governor had called for investigation into the matter.

“The Governor has ordered the Attorney-General and Commissioner for Justice, Mr. Ade Ipaye to investigate the issue immediately. There are legal issues that we needed to verify. There is a purported court judgment, and I said purported because people claim that they have gotten court judgment on behalf of the displaced resident.”

“Also, the process of the eviction of the people, we will be investigating if it was right or not, and to verify the judicial process, specifically to check if there was any genuine court judgment,” said.

According to Ahmed, the state government would prosecute anyone found culpable if the eviction was found to be illegal, saying that the government believed that if this was done, it would forestall such things in Lagos State, adding that “I can assure you that we will see this to a logical conclusion.”

“We will be relocating them to our relief camp in Agbowa. This place is like a city on its own. And it will afford us to house them in comfortable situation,” he said.