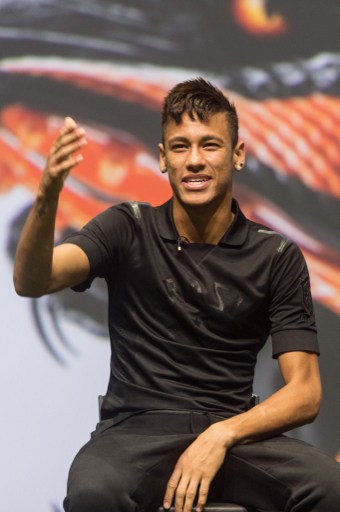 Brazil starlet Neymar blasted “false friends” as he alluded Sunday to the strain of a tax probe into last year’s money-spinning move to Barcelona.

Recent weeks have seen various add-ons emerge to take the deal to a total 86 million euros — including a reported 40 million for N&N, Neymar’s family firm run by his father.

Neymar senior last week denied signing a pre-contract with Barcelona until his son had left Santos for the Liga giants — but did admit to receiving 10 million euros in 2011 to guarantee a move by 2014.

In the event, Neymar joined the Catalans in the Spanish close-season but with Brazilian prosecutors seeking to ascertain if potential tax fraud may have taken place, Neymar spoke out.

“I’ve been quiet until now! But I can’t go on listening to all these things about my transfer.

“I called my dad saying I was going to speak out and he said just to leave things with him and concentrate on getting better,” Neymar said in an Instagram posting.

“But he will understand me. Sorry to disobey you for a first time — but I’m going to speak out,” said the 21-year-old.

But he said the storm over his transfer had seen “a lot of people come out and talk a load of rubbish — calling our character into doubt.

“I also understood we have masses of false friends,” said the Brazil star, urging his father to join him back in Spain as “I’ll be back playing in a few days and I need you here.”

Neymar is currently out sidelined with an ankle injury but hopes to return in time for Barca’s Champions League last 16, first leg at Manchester City on February 18.

He added he was confident that “it’s just a matter of time before they realise you did nothing wrong.”

The row over the transfer has already forced the resignation of Sandro Rosell as Barcelona president.

Rosell stepped down last month having refused to divulge how much money each of the parties to the deal received on confidentiality grounds, prompting Barca club member Jordi Cases to bring a legal case against him.