Bolt to decide on Glasgow Games in June 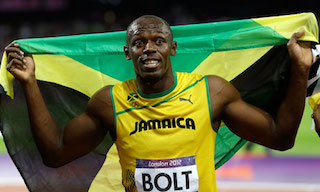 World record-holder Usain Bolt will not decide until the Jamaican championships in June whether or not he will compete in the Commonwealth Games a month later, his coach Glen Mills said.

The Kingston meet from June 19 to 22 will determine the athletics squad for the Commonwealth showdown in Glasgow, Scotland, where the athletics events will be staged from July 27-August 2.

Jamaican fans hoped Bolt would have opened his season at the Camperdown Classic on Saturday in Kingston but Mills said Bolt would not compete at that meet.

“He has had a long and arduous past three seasons,” Mills said. “He will make his entrance at a later date.”