Tennis: Nadal, Serena Back In Action 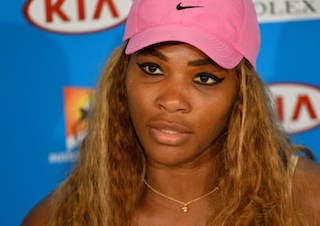 Two of the biggest names in tennis should give a boost to the buzz this week, as Serena Williams and Rafael Nadal will both return to the court, in Dubai and Rio respectively.

Rafael Nadal will play his first competitive tennis since losing to Stan Wawrinka in the Australian Open final last month, and he isn’t really sure how he’ll hold up. “We’ll have to see how it goes,” he said late last week. “I hope I can tolerate it.”

Serena will be back in action in Dubai, along with six other top ten players – but no Victoria Azarenka or Li Na. Serena will also play doubles along with her sister Venus, and the legendary pair will take on the No. 2 seeded pair of Ekaterina Makarova and Elena Vesnina in the first round. Serena is the heavy favourite to win in Dubai (but like Rafa, her main mission is more likely to emerge from the week with a clean bill of health and confidence in her fitness), but a bevy of first-round battles in the 28-player field should make things interesting right out of the gate. Sloane Stephens-Lucie Safarova, Simona Halep-Alize Cornet and Ana Ivanovic-Angelique Kerber are just a few of the tantalizing first-round tilts in Dubai. It’s a stacked event, and even Serena will be tested early, with a possible 2nd-rounder with Makarova on tap, as well as a possible quarterfinal with Sloane Stephens and a possible semifinal with Petra Kvitova or Simona Halep.