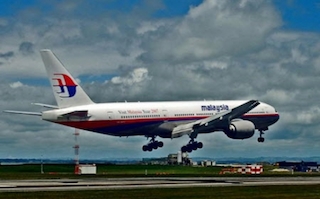 President Barack Obama said Wednesday the search for the missing Malaysian airliner was a “top priority” for the United States and offered every possible resource — including the FBI.

In his first on camera comments on the mystery of Malaysia Airlines Flight 370, Obama offered thoughts and prayers to the relatives of the missing passengers.

“I want them to be assured that we consider this a top priority,” Obama told Dallas television station KDFW in an interview at the White House.

“We have put every resource that we have available at the disposal of the search process,” he said.

“There has been close cooperation with the Malaysian government.”

Obama said the Federal Bureau of Investigation, the National Transportation Safety Board and any agency or official that deals with aviation was at the disposal of the investigation.