US woman charged with serial killing of her newborn babies 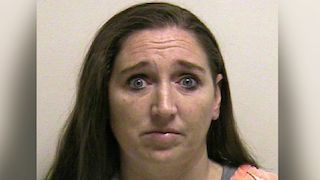 A US woman accused of killing six of her own newborn babies appeared in a court Monday and was held on $6 million bail, as police said the alleged killings were impossible to comprehend.

The deaths were “not something that you can wrap your mind around, of how a mother could do something like this,” Mike Smith, police chief in the Utah town of Pleasant Grove, told AFP.

Megan Huntsman, 39, was arrested Sunday and booked into the Utah County Jail on murder charges after officers found seven dead infants at her home.

Police said the investigation revealed that Huntsman had given birth to six of the infants and then killed them during a 10-year period. It remains unclear whether the seventh infant was hers.

“We received a call and some family members were cleaning out there garage and came across a box and opened it and found what they believed to be a deceased infant,” said Smith.

“Our officers went up and confirmed that, and searched and discovered six more deceased infants that were packaged in some containers.”

Huntsman used to live in the house, but moved out in 2011. Her adult children and some other relatives were still living in the home.

“As far as motives go, we are still investigating the motives to find out why this happened, how this could have happened,” said Smith.

“In my opinion, no matter what we come up with or say, it’s just not something that you can wrap your mind around, of how a mother could do something like this.”

The Salt Lake Tribune said the six packaged infant bodies had been placed in cardboard boxes.

Huntsman’s ex-husband tipped off police and is believed to be the father of the infants, according to the newspaper.