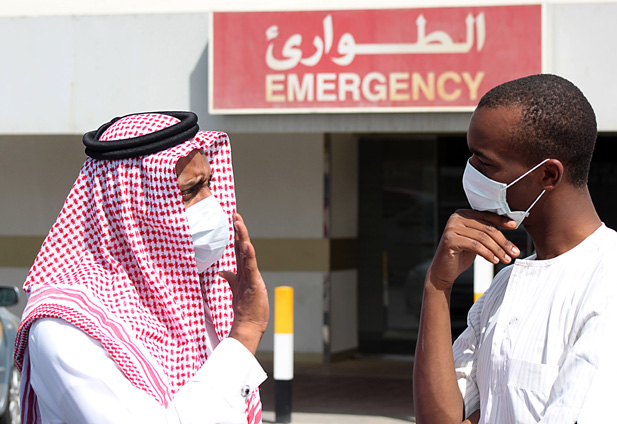 Saudi health authorities announced on Monday that the death toll from the MERS coronavirus has reached 115 since the respiratory disease first appeared in the kingdom in 2012.

Three people died on Saturday after contracting MERS in the commercial capital Jeddah — a 45-year-old man and two women, aged 50 and 54, the health ministry said on its website.

It said a 77-year-old man had also died of Middle East Respiratory Syndrome Coronavirus (MERS-CoV) in Riyadh on Friday.

The country’s number of MERS infections has meanwhile risen to 414, the world’s highest tally, the ministry reported.

American health officials on Friday confirmed the first case of MERS in the United States, a health care provider who had travelled to Riyadh for work.

Last week, Egypt recorded its first infection after a person who had arrived from Saudi Arabia tested positive.

MERS is considered a deadlier but less-transmissible cousin of the SARS virus that erupted in Asia in 2003 and infected 8,273 people, nine percent of whom died.

There are no vaccines or antiviral treatments for MERS, a disease with a mortality rate of more than 40 percent that experts are still struggling to understand.