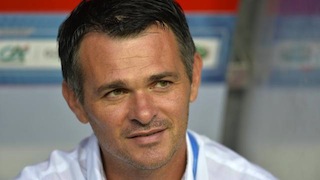 The arrival of the 37-year old Sagnol on a two-year deal ends speculation linking former France international star Zinédine Zidane with the job.

Sagnol, who played alongside Zidane when France lost the 2006 World Cup final to Italy on penalties, has spent the past two and a half years in charge of the France Under-21 team, leading them to six wins and two draws.

Capped 58 times, the former St Etienne, Monaco and Bayern Munich defender will take charge of Bordeaux on June 4 with training for next season starting on June 26.

Bordeaux won the last of their six Ligue 1 titles in 2009, with the 1995 UEFA Cup runners-up and 2010 Champions League quarter-finalists missing out on Europe for the first time in three years after finishing seventh this season.

Bordeaux president Jean-Louis Triaud had said club bosses wanted to bring “freshness, youth, punch” to the western outfit as they prepare to move into a new 42,000-seater stadium next year.

“If we have a coach with an eye on youth and the desire to cultivate our emerging shoots, he’ll get the backing of management,” Triaud said earlier this week.

It will be Sagnol’s first time coaching a team, and he will be hoping to follow in the footsteps of another former France international, Laurent Blanc, who also started out in Bordeaux in 2007, winning the Ligue 1 and League Cup titles two years later, and reaching the Champions League quarter-finals in 2010.

Sagnol started his playing career in his native St Etienne in 1996, before heading for Monaco where he won the Ligue 1 title in 2000.

He made his name however during his eight-year spell with Bayern Munich, where he won every title possible — five Bundesliga, four German Cup, Champions League and Intercontinental Cup.

Sagnol wore the captain’s armband before an Achilles tendon injury forced him to retire in 2009, going on to work as a recruiter for the Bavarian side until late 2011.