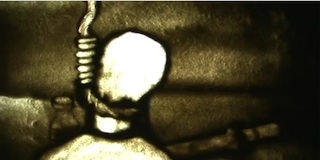 Two teenage girls have been found hanging from a tree in a northern Indian village after they were gang-raped by five men, police said Thursday.

A post-mortem report indicated that the cousins from the low-caste Dalit community, aged 14 and 15, hanged themselves late Tuesday after being attacked in a village in the Budaun district of Uttar Pradesh state.

“The report suggests ante-mortem hanging, which means the girls probably committed suicide. But we will take into account all aspects before coming to a conclusion,” Atul Saxena, Budaun police chief, told AFP.

The prime accused Pappu, who goes by one name, was arrested after an initial police complaint was registered by the girls’ relatives against five men for gang-rape, murder and child sexual abuse, Saxena said.

“A team of around 50 police officers is on the lookout for the absconding accused,” he added.

Saxena could not confirm the exact ages of the accused, but said they were in their “late teens”.

The incident sparked protests by the victims’ families and villagers, who accused the police of apathy early on Wednesday when the bodies were discovered.

The attack is the latest to highlight India’s dismal record on preventing sexual violence, despite tougher laws and efforts to change attitudes towards women after the fatal gang-rape of a student in New Delhi in December 2012 shook the nation’s conscience.

Earlier this year, a young girl was gang-raped in a remote village in West Bengal state on orders from tribal village elders who objected to her relationship with a Muslim man.