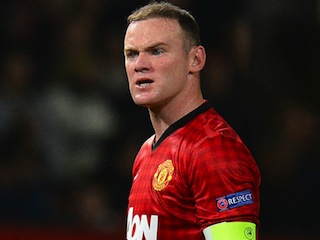 However, Radamel Falcao has been ruled out of the clash with reigning Premier League champions Manchester City.

Van Gaal dismissed reports England striker Rooney was suffering from a foot injury and said his skipper would be fit to start at Eastlands after serving a three-game suspension.

But Falcao, who missed the last two games following a kick in training, is still injured and the Colombian will, therefore, miss the match at City’s home ground.

Some reports suggested Rooney was doubtful after he was apparently seen hobbling at a sponsor’s event at Old Trafford on Monday.

“Rooney was not injured. The media was writing that but he was never injured,” Van Gaal told a news conference on Friday.

“Maybe his shoes were too tight, that is possible. But he was never injured and he shall play. He is my captain.”

United make the trip across Manchester looking to close the current four-point gap between themselves and City.