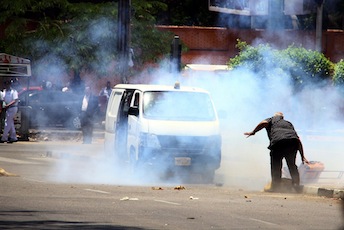 At least seven people were wounded when a bomb went off in a Cairo metro carriage on Thursday, security officials said.

Egypt has been hit by a wave of attacks, many of them claimed by Sinai-based jihadist group Ansar Beit al-Maqdis, which on Monday pledged its allegiance to the Islamic State group in Iraq and Syria.

Last week, a bomb on a train north of the capital killed four people, including two policemen, while blasts in the Cairo metro and near a presidential palace wounded several others.