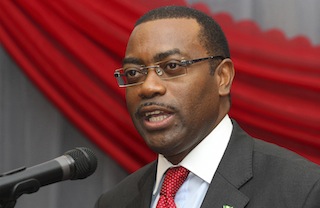 The FG also revealed that it has earnmarked the sum of N3.4 billion to support and upgrade the equipments for the Small and Medium Entrepreneurs.

The FG disclosed that the said amount has been deposited with the Bank of Industry, BoI, which will disburse the fund to the targeted people including Master Bakers and the SME’s who are producing the high quality cassava flour.

This was disclosed on Tuesday at a training workshop on quality management systems for flash dried high quality cassava flour held at the Peak Products Cassava Flour factory, located at Lala village, near Wasinmi in Ewekoro, Ogun state.

Minister of Agriculture, Akinwunmi Adesina who was represented by his Technical Adviser on Cassava Value chain, Mrs Toyin Adetunji, maintained that the Bank of Industry is in a better position to handle the fund.

“It is good the bank handles it because of the recovery of the fund. The monies will be given out as loan and the loan will be recovered by the bank. On the matter that the money may go to the wrong people, sometimes, you need to do investigative work. When you hear such thing, maybe somebody who is not qualified, whatever you do, there
must be standard and criteria set. Some people don’t even know what we are doing here, they just hear news and then say what they like.

“You come to BoI as SME’s and they know themselves and some are not members of the SME’s. When you can prove yourself, BoI will go to your location and see what you are doing. There is nothing like non–SME’s getting the facility. The SME’s have associations, if something goes wrong, you would have heard complaints from them, but there is nothing like that.

On how much production the ministry is targeting yearly, she said: “I may not be able to tell you that, but our target is to increase cassava production by 2017 to 51 million metric tonnes. Presently, we are between 38 million and 40 million metric tonnes. That is our our target for 2017 to reduce the cost of production and this varies from location to location in Nigeria. We want to reduce cost by giving out improved varieties to farmers which
we have been doing in the last three years, giving them technical and skill training. We are trying to create markets for the farmers, the catchment areas for their market should be between 30 and 50 kilometers radius.

“We are here for the production of cassava flash drive. When we talk of flash drive, we mean the type of
equipment they use where the grated, pressed cassava marsh are introduced into the machine and it will be taken up under certain pressure and it dries it, so the quality management is basically introduced in terms of skill development and business development to improve upon capacity of the existing SME and also to help in the
development of cassava industry as you all know, under the cassava transformation agenda, which entails the inclusion of high quality cassava flour in bread, quality administration of the flour, and getting high quality cassava means putting all the necessary inputs in place to achieve the desired result,” Adetunji stated.

She reiterated government’s desire to support the Small and Medium Entrepreneur so as to attract the markets and create room for competitiveness, thus, calling for training and re-training of the beneficiaries.

She submitted that similar training exercise will be conducted for people from both the Southeast and North Central regions of the country.