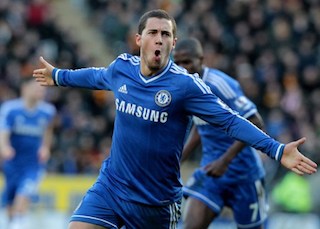 A short-list of 15 midfielders from whom three will be selected for a World XI was released by football’s World governing body FIFA on Friday.

The World XI team, which is voted for by tens of thousands of players worldwide, is to be presented at the FIFA Ballon d’Or award ceremony on January 12th.

All of those on the list were stars of the 2014 World Cup including top scorer James Rodriguez of Colombia, plus Angel Di Maria of beaten finalists Argentina and Bastian Schweinsteiger of the champions Germany.

Cristiano Ronaldo and Lionel Messi will feature on the list of strikers to be revealed on December 1st, while candidates for the goalkeeper position and defenders have already been released.