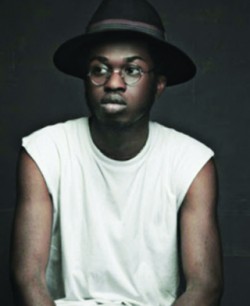 The song, produced by Adey, speaks about the artiste’s journey and struggle so far in the Nigerian music industry. The single’s visuals have also been shot. It was directed by Wale Davies and edited by “Shot by Shakes” in Lagos, Nigeria.

Boj, over the last few years, has built a strong followership for himself in various ways, from singing hooks for some of the biggest songs, to being a member of the DRB Lasgidi Movement and releasing his own mix tape, #BOTM.

In 2013, Boj scored first by being nominated twice in the same category of “Best Alternative Song” at The Headies. He has spent most of 2014 performing at numerous events mostly in schools all over the country.

He has also done a lot of recording and has worked with various artistes and producers like Maleek Berry, Olamide, Dammy Krane, Reminisce, Seyi Shay, Wande Coal and E Kelly to name a few.

Boj has also been nominated at The Headies again this year in the same “Best Alternative Song” for #BOTM.