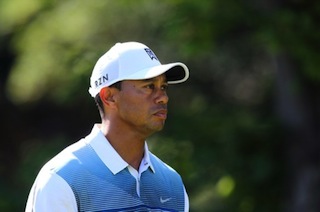 Tiger Woods returns to competition after a four-month injury layoff this week at Isleworth, the same gated community where his historic golf career began to unravel five years ago.

Woods, who has played only seven events in 2014 due to a nagging back injury, will make his comeback starting Thursday at the Hero World Challenge, an 18-player invitational event that benefits his charity foundation.

Seven of the world’s 11 top players will compete, including eighth-ranked Australian Jason Day in his return from a back injury and 11th-rated Jordan Spieth, coming off a victory in last week’s Australian Open, but not world number one Rory McIlroy.

“We’re thrilled about the depth and talent of our field,” Woods said.

Woods, ranked 24th, moved the event this year from California to the same neighborhood where he drove into a fire hydrant in late November of 2009. That began a series of revelations unveiling a sex scandal that led to Woods’ divorce from wife Elin in 2010 and damaged his once-perfect image with major sponsors.

Woods, a 14-time major champion chasing the record 18 majors won by Jack Nicklaus, has not captured a major title since the 2008 US Open.

Back, knee and leg injuries have hindered his pursuit of Nicklaus in recent years and Woods turns 39 later this month. No player has ever won more than three majors beyond his 39th birthday, something Woods must achieve if he is to catch Nicklaus.

The Challenge will be the first tournament for Woods since he named Chris Como as his new swing consultant last month following a split with swing coach Sean Foley in August.

“I’m excited to be back competing,” Woods tweeted two weeks ago when he announced he was working with Como.

Woods underwent a microdiscectomy on March 31 to ease pressure on a pinched nerve, a surgery that caused him to miss the Masters and US Open.

This year, Woods missed two cuts plus a secondary cut at Torrey Pines and withdrew from two other events. He has finished 72 holes only twice this year — sharing 25th at Doral in March in his final event before surgery but wincing in pain at shots and when bending to pick his ball out of the hole and taking 69th at the British Open in July.

Woods has not played since missing the cut at the PGA Championship at Valhalla in August a week after tweaking his back in a stumble at a World Golf Championships event.

To stress the point Woods is healthy, his foundation tweeted a link to a Vine video Monday showing Woods hitting a drive Monday and also tweeted the message “He’s back.”

It’s the same two-word message that NBA legend and Woods pal Michael Jordan used to tell the world he was ending his retirement, heralding a comeback with the Chicago Bulls that doubled his career total of NBA titles to six.

Woods sponsors learning centers that educate 15,000 students each year and scholarships that have sent more than 100 youth to college.

“The foundation provides the resources our kids need to succeed,” Woods said. “Thanks to our amazing supporters we are able to make that happen.”