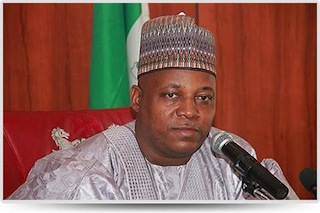 Governor Kashim Shettima of Borno has forwarded the names of 24 commissioner nominees to the House of Assembly for confirmation.

The names were contained in an executive communication from the governor to the assembly and made available to newsmen in Maiduguri on Tuesday.

NAN reports that the governor dissolved his cabinet four months ago.

Meanwhile, the House of Assembly has confirmed the appointment of Mr Usman Chiroma as the Caretaker Chairman of the Maiduguri Metropolitan Council.

Similarly, Ibrahim Miringa, had been confirmed by the house as the Chairman of Assembly Service Commission, while Babagana Mailafiya, was confirmed as a member of the Teaching Service Board.