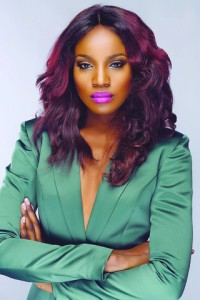 Hip hop singer, Waconzy, has a big dream: He wants as Christmas gift what will make him a father to a baby boy and wants the gift from fellow singer, sexy Seyi Shay.

Recently, a fan (Oye Akindeinde) had tweeted asking the singer what he would like as a Christmas gift. And Waconzy replied: “For Christmas, I would love Seyi Shay to have a son for me and Maheeda to give me some Ogbono.” Waconzy added the hashtag #WaconzyChopOgbono.

Meanwhile, the singer has finally released the official version of his long-awaited song, . The studio rough cut of the song was recently leaked online. In the new song produced by Cee Collins, mixed and mastered by Indiana, Waconzy goes back to his high-life roots to deliver a potential evergreen classic song.”Mothers and fathers will definitely love this one as it will remind them of their youth,” the singer assured. A message from his PR reps stated that: “Ogbono is arguably one of the most radio-friendly songs yet from Waconzy, DJs are definitely going to have a blast with this melodious song”.