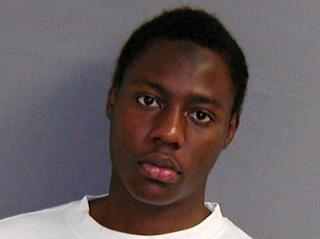 Said Kouachi, one of France’s Charlie Hebdo terrorists had links to Umar Mutallab, the Nigerian ‘underwear bomber’ who tried to blow up a commercial US flight on Christmas Day in 2009, it has been claimed.

The revelation comes as French investigators try to establish the connections the suspects had with terror networks and one another.

Two brothers who killed 12 in an attack on Charlie Hebdo magazine on Wednesday were shot dead Friday as they fled a warehouse north of Paris, firing at police.

Shortly afterwards in eastern Paris, anti-terrorist forces stormed a kosher supermarket where hostages were being held by a gunman with reported links to the brothers. The gunman and four hostages died.

A Yemeni journalist and researcher, Mohammed al-Kibsi, told CNN he had met and spoken with one of the brothers – Said Kouachi – in Yemen in 2011 and 2012.

He said Kouachi – who was studying Arabic grammar – shared a small apartment with the ‘underwear bomber’ Umar Farouk Abdulmutallab for one to two weeks in Sanaa, the capital of Yemen.

Abdulmutallab, a Nigerian, was sentenced to life in prison in February 2012 for trying to bomb a US passenger plane flying from Amsterdam to Detroit as a would-be suicide mission for al-Qaeda.

He was badly burned when a bomb sewn into his underwear failed to detonate fully in the plane carrying nearly 300 people.

During his trial, Abdulmutallab said the bomb in his underwear was a ‘blessed weapon’ to avenge poorly treated Muslims around the world.

Mr al-Kibsi told CNN Abdulmutallab and Kouachi also prayed together at the Al-Tabari School while they were staying together. As yet, his claims have not been given official confirmation.

It came as Al Qaeda’s Yemeni branch, known as AQAP, released a statement saying they directed the attack to make good on previous threats.

One of the brothers – Cherif Kouachi – named the terror group’s Yemen branch as his commanders.

A statement released in English said: ‘The leadership of #AQAP directed the operation, and they have chosen their target carefully as a revenge for the honor of Prophet (pbuh) [peace be upon him].

‘The target was in France in particular because of its obvious role in the war on Islam and oppressed nations.

‘The operation was the result of the threat of Sheikh Usama (RA). He warned the West about the consequences of the persistence in the blasphemy against Muslims’ sanctities.

‘Sheikh Usama (RA) said in his message to the West: If there is no check on the freedom of your words, then let your hearts be open to the freedom of our actions.

‘The Organization delayed to claim responsibility due to the executors’ security reasons.’

In a chilling telephone conversation with a journalist – later played out on French news network BFM – Kouachi said he knew he was talking to a reporter before saying: ‘I am a defender of the prophet.

‘I was sent by Al Qaeda of Yemen. I’m financed by Imam anwar al Awlaqi – Anwar is a predicateur (preacher). He has lived in the Yemen. He is one of the thinking heads of Al Qaeda.’