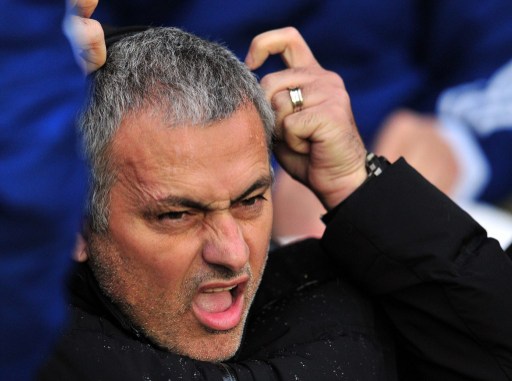 It is hard to imagine two more different characters than Jose Mourinho and Manuel Pellegrini, so it is no surprise that the Chelsea manager and his Manchester City counterpart seem to rub each other up the wrong way.

Their simmering rivalry is set for another chapter in Saturday’s top-of-the-table Premier League clash at Stamford Bridge, with a potentially pivotal three points on offer.

Should Chelsea claim the spoils, they will lead the champions by eight points, while a City success would leave them just two points adrift with 15 games to play.

The bragging rights, however, also count double in battles between two coaches whose spiky relationship stretches back to their stints in charge of Real Madrid.

Pellegrini had only one season as coach at the Bernabeu, where, having failed to come out on top in the habitual two-horse race with Barcelona, he was replaced by Mourinho.

The Chilean joined Malaga and Mourinho taunted him on the way out.

“If Madrid were to fire me, I wouldn’t go to Malaga. I’d go to a top-level team in Italy or England,” he said.

The normally unshakeable demeanour of Pellegrini, one of football’s most sombre coaches, is clearly ruffled by the in-your-face ebullience of the self-styled “Special One”.

The corresponding fixture at Stamford Bridge last season ended with Fernando Torres scoring a late winner, Mourinho diving into the crowd and Pellegrini refusing to carry out the usual post-match etiquette.

“I didn’t want to shake his hand,” he said tersely when asked whether he had gone to Mourinho at the final whistle.

While that battle went Mourinho’s way, the war was won by Pellegrini, who claimed the Premier League title and League Cup as the Portuguese ended the campaign empty-handed.

Saturday’s game, however, could be decided by which players are absent as much as who is on the pitch.

After a gruelling League Cup semi-final against Liverpool, Chelsea are likely to be without injured midfielder Cesc Fabregas and defender Filipe Luis.