Malaika Jets Out For Birthday Show 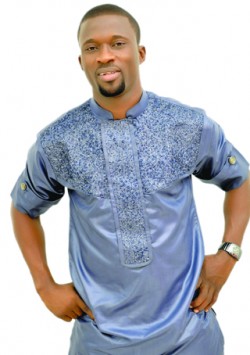 Alayeluwa Fans Club in Amsterdam will host him tomorrow, 14 February, followed by other befitting birthday parties in Dallas, USA and Totonto, Canada.

It was gathered that there will be other shows at other cities in Europe where the Fuji star will as well dazzle his fans.

However, Malaika has released a new video of a song Stop The Violence featuring Afro-pop star, Oritsefemi, Dude Tetsola and Cashson.

The video was premiered last week on many broadcast stations.

He has also concluded plans to release the video of his new album, Super Star. The video will hit music shelves soon.