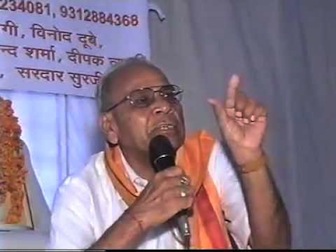 A right-wing Hindu group that has vowed to marry off unwed Indian couples indulging in public displays of affection may get more than it bargained for this Valentine’s Day.

Hundreds of Delhi university students are planning to descend on the offices of the Akhil Bhart Hindu Mahasabha on Saturday and demand a mass wedding, in what they say is a protest against the “politics of oppression”.

Some Hindu hardliners view Valentine’s Day as a Western import that goes against Indian culture, and have in the past threatened to forcibly marry couples found together.

The Akhil Bhart Hindu Mahasabha, or All-India Hindu Assembly, said it would dispatch teams to parks and shopping malls across the Indian capital on Saturday to target canoodling couples.

“Since the Hindu Mahasabha has come up with this wonderfully generous plan… we felt that the least we could do is to make the execution of their plan easier,” the organiser of the student protest Vidhyalakshmi Kumari posted on Facebook.

“We have asked all lovers to gather outside the Mahasabha’s office for the most epic mass marriage ceremony Delhi will ever see.”

Valentine’s Day protests have turned violent in the past, with reports of hardliners destroying cards and posters at shopping malls and blackening the faces of young unmarried couples out in public.

In 2009 Hindu radicals in the southern state of Karnataka barged into a corporate Valentine’s Day party and ransacked the venue, injuring two people.

But Chander Prakash Kaushik, head of the Akhil Bhart Hindu Mahasabh, said its volunteers wanted to “make them understand with love”.

“Our volunteers will try and tell the couples that celebrating Valentine’s Day is not part of our Hindu culture,” he told AFP.

“If they truly love each other, we will ask them to come to our office where we will solemnise their marriage before the holy fire.

“I don’t see there is anything wrong with this.”