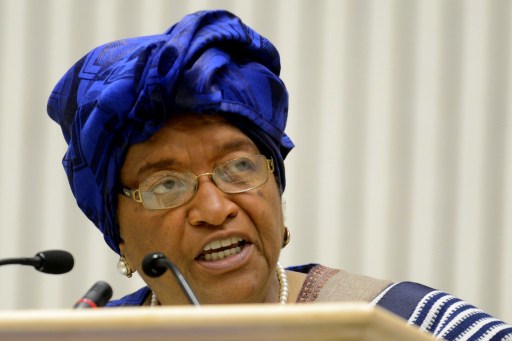 Children began returning to school in Liberia on Monday after lessons were delayed for months by the deadly Ebola outbreak, as the country began to turn the page on the crisis.

The new school term began a day after the leaders of Liberia and Sierra Leone, in their first trips abroad since the peak of the epidemic, vowed at a summit in Guinea to eradicate the virus by mid-April.

“Here in Monrovia children were coming back to school today. We went to one school this morning and saw how the school has implemented the protocols,” a UNICEF spokeswoman told AFP.

“The youth were washing their hands before entering the school premises and their temperature was checked. The teachers were also talking to the students about how to stay safe, and Ebola preventive measures.”

UNICEF has been at the forefront of introducing safety measures to combat the spread of the virus, which has claimed more than 9,000 lives across Guinea, Sierra Leone and Liberia.

Ebola, one of the deadliest viruses known to man, is spread through direct contact with the bodily fluids of an infected person showing symptoms such as fever or vomiting.

All three countries have seen dramatic drop in infections compared with the peak of the epidemic in September and October.

Guinea’s President Alpha Conde and his Liberian and Sierra Leone counterparts Ellen Johnson Sirleaf and Ernest Bai Koroma made a pledge to achieve “zero Ebola infections within 60 days” after day-long talks in the Guinean capital Conakry on Sunday.

Optimism that the worst is over has been tempered in Sierra Leone and Guinea, however, with the World Health Organization (WHO) reporting the number of new Ebola cases rising for the second week running.

– ‘Commitment to the children’ –

Transmission remains “widespread” in Guinea, which saw 65 new confirmed cases in the week to February 8, and in Sierra Leone, which reported 76, according to the WHO.

Liberia, which has recorded the most deaths and was hardest hit at the peak of the epidemic in September and October, is leading the recovery, reporting just three new confirmed cases in that same week.

More than 1.3 million children have returned to school in Guinea with nearly all of the country’s more than 12,000 schools back open, according to UNICEF.

UNICEF says it has been working closely with the Liberian government and local communities to develop the safety protocols already employed in Guinea.

Teachers have been trained to implement and monitor the safety measures, while soap and other hygiene materials have been distributed and mass mobilisation campaigns on Ebola prevention have been conducted nationwide.

UNICEF said it was too early to be able to have a clear overview of how many schools had opened across Liberia.

“This will happen gradually from today. Typically it can take up to a month before the majority of students are back in the classroom,” the spokeswoman told AFP.

“Throughout that period education authorities will be working to ensure that conditions are as safe as possible.”

UNICEF and its partners are handing out more than 7,200 hygiene kits for over 4,000 Liberian schools and training 15,000 teachers and school administrators in monitoring of safety protocols.

“UNICEF is supporting the ministries of education and health in our common goal of seeing all Liberian children back in school as soon as possible and as safely as possible,” said Sheldon Yett, UNICEF’s representative in Liberia.

“The provision of thousands of these kits, and ongoing training on the protocols is part of our commitment to the children of Liberia.”

Sierra Leone plans to reopen its classrooms at the end of March.