Man who shot Reagan not fit for release 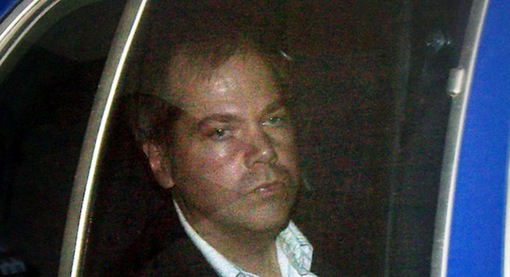 The man who shot Ronald Reagan has sent letters to serial killers and has photos of celebrities on his wall, a government attorney told a Washington court Wednesday, saying John Hinckley is not ready for release from a mental hospital.

Hinckley, 59, who was found not guilty by reason of insanity after his 1981 attempt on Reagan’s life, was committed to St. Elizabeth’s mental hospital in the US capital.

Hinckley shot Reagan, his press aide Jim Brady and two others outside a Washington hotel on March 30, 1981, in an effort to impress Hollywood actress Jodie Foster, whom he said he was obsessed with.

Over the years, he has been given increasing freedom to leave the facility as his mental and emotional health has improved.

Federal judge Paul Friedman said the court will decide whether Hinckley, after three and a half decades, is ready to “transition to becoming an outpatient” and “if Mr Hinckley can integrate himself into the community.”

But the US government insists that Hinckley’s actions continue to raise red flags that should dissuade a judge from relaxing restrictions on his movements.

Wearing a gray tweed jacket and a tieless open-collared shirt, Hinckley entered the courtroom with a shuffling gait — a grayer, slightly paunchier version of the man familiar to many Americans in news footage from one of the most notorious crimes in recent decades in Washington.

He would like to be allowed to live full time at his mother’s home in Williamsburg, Virginia, some 150 miles (240 kilometers) south of Washington.

His lawyers say Hinckley now has a girlfriend, and has been able to hold time part-time work as a volunteer gardener in Williamsburg — a job he hopes to be able to pursue for pay in the future.

But despite what appears to be a steady improvement in his mental health over the years, “now is not the time to loosen the reins” on Hinckley, Assistant US Attorney Colleen Kennedy told the court.

Hinckley has continued to show worrisome behaviors, including “stalking,” writing letters to serial killers Ted Bundy and Charles Manson and “violations of his itinerary,” Kennedy said, on the first day of what is expected be at least three days of court testimony.

Kennedy said that “relationships for Mr Hinckley are hard to make and hard to forge” — suggesting he might find life emotionally unsettling in Williamsburg without the current medical and psychological support system he has in Washington.

She said plans by Hinckley’s family members to oversee his activities are “inadequate” and “lacking in structure,” possibly endangering his neighbors.

Kennedy said the government is also concerned that his family’s dwindling financial resources will be able to pay for Hinckley’s ongoing therapy and medication for just another two or three years.

“There’s no Plan B,” the government prosecutor said.

“Then what is Mr Hinckley supposed to do?” she said, adding that Hinckley’s medical and other treatments cost between $5,000 and $10,000 per month.

Court testimony from both sides said that Hinckley is given a daily itinerary that he is not permitted to deviate from.

But within those restrictions, over the years he has been allowed to take on work as a volunteer gardener at a church and other small tasks. He also has taken up hobbies, including photography.

The judge last year issued a ruling allowing Hinckley to spend 17 days per month in Williamsburg, with the goal that he will eventually be able to live outside a mental institution.

Hinckley’s lawyer, Barry Levine, said his client has adjusted well to the outside world, and has been in “full and stable remission for over two decades” from psychosis and depression.

“There has not been a hint of dangerous behavior,” by Hinckley, said Levine, arguing his client should be allowed to move freely in society with only minimal restrictions.

Levine said Hinckley has an “impeccable” record when it comes to taking his medications and no longer suffers from the depression and psychotic disorders that once tormented him.

And Hinckley over the years has shown “no violent behavior or attempted suicide in three decades,” and has “never tried to escape” from St. Elizabeth’s, Levine said.

The government’s insistence that Hinckley have continued restrictions on his movement are “draconian” and “gratuitously burdensome,” Levine said.

“He is clinically ready for the next step,” the attorney said.

Hinckley “has a right — a right grounded in the Constitution — to the least restrictions” so long as he “does not endanger himself or the public,” Levine said.