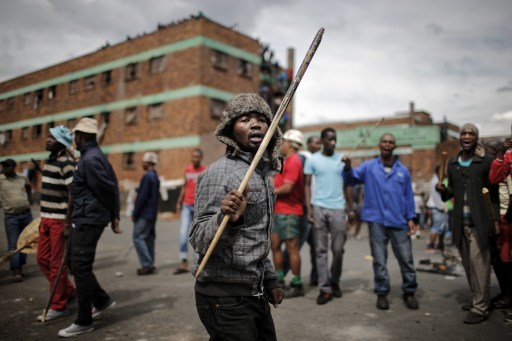 The Nigeria Labour Congress (NLC), on Tuesday in Abuja said the South African Government should be held responsible for the xenophobic attacks in that country.

This was contained in statement signed by Dr Ayuba Wabba, President of the NLC.

According to the statement, it does not matter who incites the violence because the attacks lack any sane justifications.

“It is even more absurd that the attacks are directed against Africans from countries that played active roles in the struggle against apartheid.

“That the immigrants left their countries to do legitimate businesses or engage in legitimate employment in South Africa is certainly not their faults.

“They should be seen as partners in the developmental strides of the country.

“The challenge of unemployment of South African citizens is not originated by the presence of the immigrants,” Wabba said in the statement.

It said South African government should develop policies that could generate employment for its citizens as quickly as possible to promote peace and economic growth.

The statement urged the government of South Africa to move faster than ever before with steps that would immediately restore peace and harmony as the situation could generate negative international reactions.

According to the statement, there are South African businesses in other countries, especially the originating countries of the immigrants.

“These businesses are vulnerable to severe danger if positive steps are not immediately taken.

“South Africa, like all independent African countries, is a member of the African Union which also has the capacity to exert strong intervention before the situation degenerates.

“This could strain the cohesiveness of the AU and also subvert the spirit and purpose of its existence.

“The killings are barbaric, irresponsible, and archaic and fall short of the global decent standards expected of a country like South Africa.

“Besides, South Africa is the highest beneficiary of international solidarity during the anti-apartheid struggles,” the statement said.

It added that the rest of the world should not be given the impression that those they supported had taken subterranean decision to attack citizens of their countries in return.

“We sympathise and condole with the victims and families of those who have lost their lives in these mindless attacks.

“We call on our counterpart, the Congress of South African Trade Unions (COSATU), to offer decisive interventions that will ensure the protection of lives and properties,” it said.

“We call on the Federal Government of Nigeria to take all necessary steps to ensure that every Nigeria living in South Africa is fully protected.”

According to the statement, should the attacks continue, they should be evacuated back home for rehabilitation and re-engagement.

“We fully support all steps taken so far by our government.

“Indeed, we support any positive step the government will take in furtherance of the protection of all Nigerians living in South Africa and their interests,” it said.