Amaechi's stewardship second to none - APC 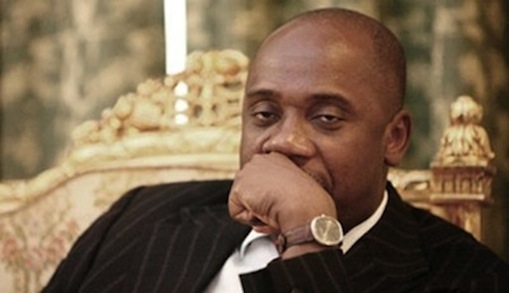 The All Progressives Congress (APC) in Rivers state has described the eight-year stewardship of Governor Chibuike Rotimi Amaechi as unequalled since the creation of the state in 1967, declaring that he will leave office in a blaze of glory when his tenure ends on May 29, 2015.

“Governor Amaechi has set new standards in governance, not only in Rivers State but, indeed, nationally. History will record him as not only the best Governor Rivers State has ever produced since its creation but also as one of the best in the country,” Rivers APC said in a statement issued on Tuesday in the State capital, Port Harcourt.

The party in the statement signed by its state chairman, Dr. Davies Ibiamu Ikanya, said it came to the conclusion after a detailed study of Amaechi’s performance in office and comparing it with that of his predecessors, as well as his brother-governors across the country.

Ikanya thanked Nobel Laureate, Prof. Wole Soyinka, APC national leader, Asiwaju Bola Ahmed Tinubu, and eminent jurist, Justice Adolphus Karibi-Whyte, for acknowledging Amaechi’s feats during their remarks at the recent public presentation of the compilation of the achievements of the Amaechi administration in Lagos recently by Dr Yemi Ogunbiyi and Dr Chidi Amuta in their book. ‘Dynamics of Change: The Amaechi Years’.

The party said: “Prof. Soyinka did not only describe Amaechi as the arrowhead of the change that led to the change in the country, a man of principle and strong conviction, who was willing to stand by his belief at a great risk, but also praised the giant strides made by the Amaechi administration.

Asiwaju Tinubu affirmed that Amaechi has charted the critical path to total political and economic emancipation of the people of Rivers State, leaving a legacy of high quality schools, hospitals, roads, bridges, security and human capacity projects, among others.

On his part, the APC Chairman said Justice Karibi-Whyte stressed that Governor Amaechi was key in bringing all the ethnic nationalities in Rivers State struggling for leadership together and fostering peace in the State.

Rivers APC said that Amaechi’s ability to achieve so much despite unceasing efforts by the extremely hostile Peoples Democratic Party-led Federal Government and some misguided Rivers State politicians testifies to the Governor’s uncanny gift in crisis management.

The party assured Nigerians that Amaechi will take the magic wand to the centre under the incoming APC-led Federal Government. “We are confident that Governor Amaechi will continue to remain a worthy Ambassador of Rivers State and will set new standards in whatever position our great party and our leader, President-elect Muhammadu Buhari may wish to use him in the new dispensation,” Rivers APC said.