Chief Imam of Jos dies at 82 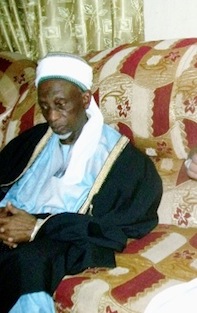 Sheik Balarabe Dawud, the Chief Imam of Jos Central Mosque, died on Sunday in Jos at a private hospital at the age of 82.

Mr Nabilu Balarabe, a son of the deceased, told the News Agency of Nigeria (NAN) in Jos that Dawud died this afternoon after a brief illness.

Balarabe, who is a correspondent of NAN in Jalingo, said his father would be buried this evening in accordance with Islamic rites.

According to him, late Dawud worked as Sharia Court Judge with the then Benue/Plateau until his retirement in 1984.

The late Imam was appointed the Chief of Imam of Jos in 2009.

He was survived by a wife, 10 children and many grand children.