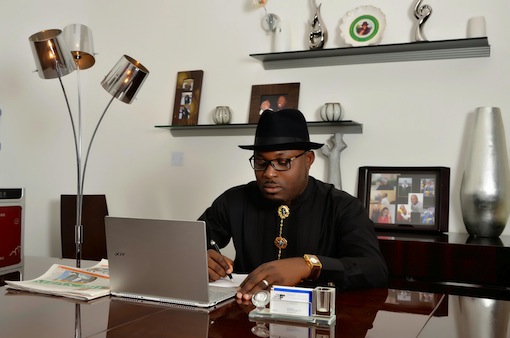 Rethink Nigeria, a group sympathetic to the Peoples Democratic Party, PDP, has advised the party to field younger candidates in the governorship elections which come up later this year in the two Nigerian states of Kogi and Bayelsa.

The governorship election in Kogi holds in November while the exercise would hold in December in Bayelsa with the incumbent governors of the states, Idris Wada and Seriake Dickson, respectively seeking re-election on the platform of the PDP.

The youth group said the call had become necessary because the party was in need of redemption after losing the 2015 presidential election as well as losing in a number of states.

“Many Nigerians see the party as that of looters and old crooks not to be trusted.

“The massive onslaught against the party by the new ruling party, APC is another factor responsible for the poor perception about the PDP,” the group noted in a statement while adding that there was urgent need for the PDP to be re-branded.

According to the group, the party’s National Working Committee, NWC, “has woken to the reality that Nigerians will no longer trust the same old politicians within its fold and as such they must evolve new ways to communicate, reach out and get the support of the Nigerian people by strategically positioning young people with good name to become the new faces of the party.”

Rethink Nigeria, which claimed that former president Goodluck Jonathan is in support of the move to get younger candidates for political positions, said that young party members would be elected into its Board of Trustees and NWC at next year’s Extraordinary Congress Election when new officials of the party would be elected

“One of the greatest challenges the PDP has always had is the issue of imposition of candidates on the party which makes it impossible for young party members to secure party tickets or even have the courage to contest for elective positions.

The group is a wholly owned indigenous company with strategic partnership with some of the world’s leading technical companies and with over 400 young people in its workforce.

“He, Siasia, was named as one of the 200 Young African Economic Leaders for Tomorrow by Choiseul, renowned French Institute in their 2014 ranking. Parisian institute describes Siasia as a young African leader who is reshaping the continent’s economic scene,” the statement said describing the governorship aspirant as the Chairman/Founder of the Nigerian Young Professionals Forum, a non-governmental organisation “made up of primarily young, dynamic and upwardly mobile individuals with innovative ideas that is aiding Nigeria’s development.”

On the other hand, Mohammed Ali, from Dekinah Local Government Area, is the former Chairman of the Local government council.

He was the Secretary, National Association of Kogi State Students, NAKOS, from 2002 to 2004, from where he became the President of NAKOS between 2004 and 2005, and a former Special Adviser, Student Affairs to former Governor Ibrahim Idris.

“He was elected as the Chairman of the Northern Local Government Forum which compromises of 419 LG Chairmen.

“He is a graduate of Bayero University, kano. He is an Economist. He has a Masters Degree in Economics with option of Petroleum and Energy Economics,” the statement said.