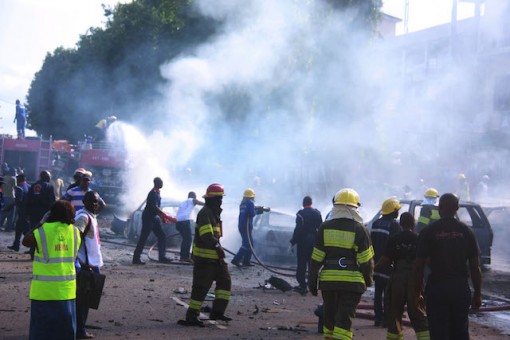 A suspected male suicide bomber died on Monday after detonating his Improvised Explosive Devise (IED) near a military check point at Jumtilo, near Maiduguri.

Eye witnesses told newsmen in Maiduguri that the bomber had boarded a commercial bus from a village to Maiduguri but other passengers bacame suspicious of his activities.

“He boarded the vehicle along Damaturu road but we became suspecious of him after he bagan to show some kind of restlessness.

“We tried to alert security agents at a check before he blew off himself for fear of arrest,” Malam Farta Modu, a witness, said.

“A suicide bomber died when the IED he strapped to his body exploded close to troops check point in Jumtilo around 1130 hours.

“Only the bomber died while one other person was injured and taken to hospital,” Opadokun said.