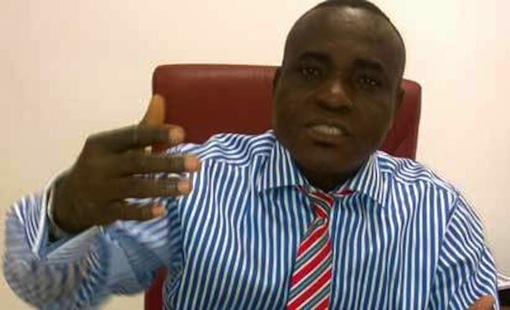 Candidate of the All Progressives Congress (APC) in Akwa Ibom state, Umana Umana, has hailed the appointment of Ita Enang as Senior Special Assistant to the president on National Assembly Matters (Senate).

Enang is a member of the legal team representing Umana at the governorship election tribunal. The APC guber candidate had approached the tribunal challenging the April election and declaration of Udom Emmanuel as winner of the election.

Prior the elections, Ita Enang, who was then representing Uyo Senatorial District in the national assembly, pledged to lend his support to Umana, a former Secretary to the State Government.

Umana, who expressed confidence in the ability of ex-chairman of the House of Representatives Committee on Rules and Business to deliver on his present appointment, congratulated the appointee and urged him to make the people of Akwa Ibom proud.

“Let nobody be deceived, President Buhari knows what he is doing and he is on the right track. He is determined to ensure fairness and justice at all levels. Anybody who thinks he can get away with crime or any form of impunity as witnessed in the past should know that the game is over.

“Buhari is a man who will never sit back and allow anyone to be cheated. I urge everyone to give the appointee the necessary support to enable him discharge his duties effectively,” he said.

“Like I have always said the APC is a party where you get recognition for credibility and good work. I therefore urge people of Akwa Ibom who are not yet members of the party to join the train and enjoy the dividends of democracy”.