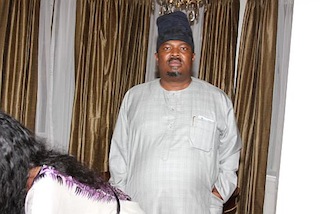 The Nigerian Union of Journalists (NUJ) has threatened to disrupt the 20th anniversary celebration of Thisday Newspapers if the management failed to pay the outstanding salaries of the organisation’s journalists.

A statement by the National President of NUJ, Waheed Odusile, on Friday in Lagos said that the publisher of Thisday, Mr Nduka Obaigbena, had been notified.

It said that if the management failed to effect the payment by 2 p.m. on Friday, Sept. 4, the union would disrupt the organisation’s 20th anniversary celebration.

The News Agency of Nigeria (NAN) reports that the anniversary celebration is scheduled to hold on Saturday, Sept. 5, at the Eko Hotels and Suites, Victoria Island, Lagos.

The statement said that the letter sent to Obaigbenna on Wednesday, noted that the action would take place with the full backing of the Nigeria Labour Congress and the Trade Union Congress.

It said it was particularly pained that Obaigbena had reneged on his promise after assuring the NUJ leadership of the payment.

“There is no going back on the disruption of the company’s 20th anniversary celebration except the flamboyant publisher pays his workers by 2 p.m. on Friday,’’ it added.