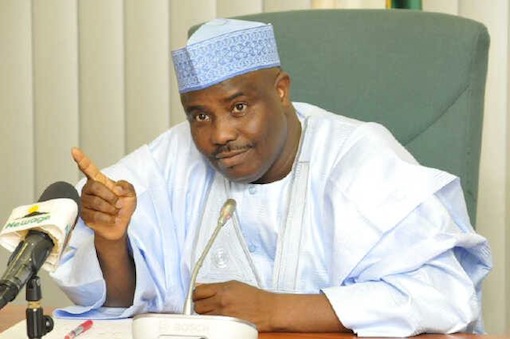 Governor Aminu Tambuwal of Sokoto State on Saturday promised to review upward the monthly allowances the state government has been paying to corps members serving in the state.

He made the pledge when he addressed the corps members after their participation in the special environmental sanitation exercise in Sokoto on Saturday.

According to him, the review will increase the allowance from the current N4,000 due to every corps member in the state monthly, upwards.

“We have not arrived at a tentative figure as at now but the gesture is aimed at further motivating the corps members to do much more, in their diligent service to the nation. We want to also better complement the monthly allowances being paid to them by the Federal Government,” he added.

Tambuwal further promised to provide more double-bunk beds and mattresses at the permanent NYSC Orientation Camp at Wamakko, Headquarters of the Wamakko Local Government Area of the state.

The governor also pledged to provide more utility vehicles to the scheme, as well as rehabilitate its state Secretariat at Kalambaina, near Sokoto.

Tambuwal, who was responding to some requests made by the NYSC State Coordinator, Mr Thomas Yamma, also reiterated the resolve of his administration to rid the state of filth.

Yamma had earlier pledged that the NYSC scheme would fully complement the efforts of the state government to ensure that the entire state was kept clean.

This, according to Yamma, is crucial to enhance environmental and personal hygiene in Sokoto State and keep diseases at bay.