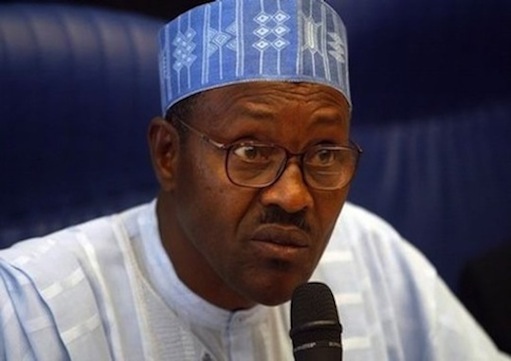 Three months ago, the course of Nigeria’s future changed for the better. The All Progressives Congress won a historic election. Tired of the broken promises and damaged public institutions wrought by sixteen years of Peoples Democratic Party’s misrule, the people demanded change. By virtue of the election, the people reclaimed the primacy of their sovereign will. They demanded that government should serve them before serving itself. That proclaimed that government for the people was not only possible in this land but that its establishment was overdue. The breath of hope was restored to the body politic. On that day, we all stood more proudly and more eager to walk into the new day that had come.

But change is not made simply by winning an election or ejecting a few bad seeds from office. Change requires the careful removal of the rotted timber that has made national governance such a rickety structure. It requires the bold articulation yet wise implementation of a vision and supporting policies, programs and projects aimed at making our country better, making our people’s lives better.

Change does not tolerate the high rates of poverty and joblessness that insult our national potential and reduce the lives of too many Nigerians. The change we seek will revive this economy in a way that creates jobs and lifts Nigerians out of poverty that all may enjoy the dignified and secure life promised us.

Change is not weakening our military to the point where it is too demoralized and ill-equipped to protect our people from terrorist violence.Change is energizing that military with new leadership, better war materiel and the firm mandate to rout Boko Haram. Change is establishing peace and security so that the hundreds of thousands of displaced Nigerians may return home in contemplation of rebuilding their lives in ways better than what was before. And change means fighting corruption in all of its manifestations instead of consorting with it. No longer shall the public treasury, meant for the wellbeing of the many, be treated as the private reserve of the few.

Nigeria is now 100 days into President Buhari’s leadership. It is clear that he has begun the change Nigeria needs. He has shown the decisiveness, the incorruptibility, security acumen and progressive vision we voted for. He has brought the leadership we desperately need. I shudder to think where we might be had the prior administration been allowed to govern even 100 days more, let alone another four years.

First, Buhari has turned the table against Boko Haram. He has not hesitated to take the fight to the terrorists, destroying their hideouts, capturing their fighters and equipment while taking the military initiative away from them. They are on their heels and on the run. To get to this better position, he dismissed general officers who had lost heart and were too hesitant to confront Boko Haram, replacing them with new military commanders selected not on regionalism or favoritism but on the strength of their military leadership and fighting spirit.

The president strengthened our security partnerships with Chad, Niger, Cameroon, and the United States to build a much stronger regional and international coalition to uproot the terrorists. He continues to reach out to other nations to further strengthen that coalition. We are no longer a junior partner in a fight that mostly takes place on our soil. Because of President Buhari, we are at the head of this multilateral effort, driving it forcefully to successful conclusion. We are already seeing improvements in safety across the Northeast as Boko Haram retreats and retreats. Buhari will not relent until there is no more Boko haram left to fight.

Buhari is also tackling corruption. Hehas already shown dozens of corrupt officials the exit, demonstrating that he will not tolerate corruption in his government. He is busily plugging the loopholes in the system to prevent the wholesale thievery so common under the predecessor government.The idea of a single federal government account is one such corrective measure. Moreover, he is studiously tracking where much of the stolen funds went. He is doing this that he may recover these public funds and bring to book those who purloined them.

He will return that money to the people, using the funds to build schools, roads, and hospitals that Nigeria needs.

The President is also taking steps to pull our economy from the dangerous brink where the PDP left it and then to strengthen and diversify the economy that it may provide jobs and prosperity to all who are willing to work to improve their lot. He has fought and already cured much of the indiscipline and subterfuge that plagued the operation of our refineries and power system. Just in the first hundred days, refinery production has increased reasonably, lowering the cost of fuel importation and thus spurring greater economic activity. He also has improved electricity production by holding the power companies accountable.

By approving a package of emergency fiscal and financial relief, he has stopped the slide of numerous states into economic depression and imminent bankruptcy. By enabling the payment of back salaries to state government civil servants, he has saved millions of Nigerians from sinking into the hunger and poverty. Moreover, the funds paid to these people will be used to purchase goods and services thus energizing local economies that were becoming flaccid due to lack of aggregate consumer demand. The former government should have taken this step months ago, even before the election.

However, it let a bad situation fester into impending calamity. Had that government remained in office, it would have allowed the states to slide into bankruptcy, triggering a financial crisis that would have engulfed the banking system if not the entire economy. In his first 100 days, President Buhari staved the financial paralysis of the states and, as such, may have prevented a sudden and crippling financial crisis. Gone are the days of rebasing falsehood and brazen theft from our treasury.

In coming weeks, he will reveal his budget. The budget will go far toward honoring his campaign promises to boost domestic industries, improve our schools to prepare our children for the jobs of tomorrow, and invest in infrastructure that will make Nigeria a better place to run a farm, build a factory, drive your car, drink the water, construct a home, and create jobs.

We have still a lot of work to do. While reeling, Boko Haram is not completely defeated. Ourstolen girls are not back, and too many from the North East are still unable to return home. With regard to corruption, we must not only recoup stolen money, we must rediscover lost public ethics. We need to establish the mindset that corruption is criminal and evil and do away with the mentality that has treated it as correct public etiquette. While actions have been taken to thwart imminent crisis, much needs to be done to place the economy on solid footing over the longer haul. I look forward with great optimism and enthusiasm to the government coming forward with plans to create jobs, modernize our infrastructure and diversify the economy so that our industrial sector may attain greater prominence.

I salute and accept the deliberate painstaking slow fix of this government which is meant to set a stronger foundation for quick economic recovery. The effort to stem the primitive pilferation of our commonwealth must attain national priority. The Buhari administration is committed to building a new country.

Looking at the fragile vehicle they inherited and at the harsh terrain they have been able to navigate, I could not be prouder of what the President, the Vice President and their team have done thus far. If they continue in this manner, they would have done more than justify the people’s faith in them. They would have placed Nigeria on the path to its better self. We cannot ask any more from them than that.