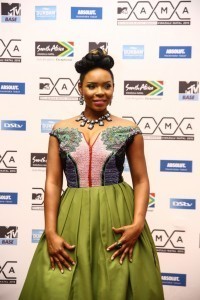 Nigeria’s Davido and Yemi Alade have been shortlisted as nominees for the much-coveted 2015 MTV Europe Music Awards Best African Act.

The Nigerian music stars will be vying for the statuette alongside AKA, South Africa rap star and Tanzania music sensation, Diamond Platnumz.

But as its usual practice, there is still one spot left. MTV will be giving music lovers across the continent the power to tweet and vote for the fifth ‘wildcard’ nominee in the category.

Fans can tweet and vote for one of the artistes to be the fifth Best African Act nominee using #MTVEMA and the artist’s hashtag. Voting is open until Monday, 14 September.

Wildcard winners and nominees in all 2015 MTV EMA categories will be announced on 15 September.

The 2015 MTV EMA holds in the Mediolanum Forum, Milan, Italy on Sunday, 25 October. The award will be broadcast live on MTV (DStv channel 130) and MTV Base (DStv channel 322).