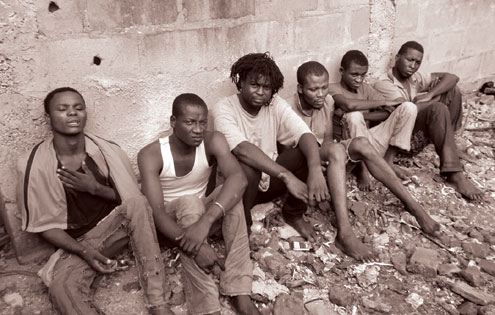 The Magistrate, Mrs Franca Yuwa, ordered the remand of the accused as requested by the Prosecutor, Insp Imo Edward, who argued that the court lacked jurisdiction to entertain the case and that investigation in the case was still ongoing.

Edward told the court that the accused of Agber village in Makurdi, Benue, committed the alleged offence on Aug.15.

He alleged that the complainants, Ubagu Joachim and Josan Adikwu, reported the case of robbery at ‘B’ Division police station in Makurdi.

He said the complainants reported that the accused, with another now at large, allegedly attacked them while armed with locally made pistol along Government College road, Makurdi.

The prosecutor alleged that the accused, at gun-point, collected the sum of N1,500 from his victims.

Edward alleged that the accused on his arrest, confessed to the crime.

The prosecutor told the court that the offence contravened Section 97 of the Penal code law and Section 1(2) (a) (b) of robbery and firearms(Special provision) Act 2004.

No plea was taken and the court adjourned the case till 14 Oct, 2015 for further mention.