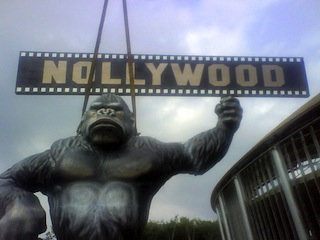 A middle aged woman, Gloria Sule, has been allegedly duped by a fake spiritualist, Francis Kalu, after she allegedly paid N2.1m to him to prepare charms for her to become famous in the Nigerian movie industry.

The incident, which happened in Lagos State, western Nigeria, has pitched Gloria against Kalu after the charms failed.

Apart from allegedly defrauding her, Kalu invaded her privacy by stripping and bathing her under the false pretence of empowering her spiritually.

Trouble started after Gloria discovered that she had been duped.

When she requested for the refund of her money, Kalu refused and the police had to be contacted to wade into the matter.

According Gloria, she was introduced to Kalu whose shrine is located at Abule Ado area of Lagos.

During the encounter, Kalu asked her to request what she wanted to achieve in life and she told him that she needed spiritual empowerment to become a popular movie star.

Kalu promised to fulfill her dream and told her that she would pay the amount and thereafter she would embark on spiritual exercise to equip her.

He told her the rituals involved him stripping and bathing her with some spiritual materials which she agreed after paying the money.

To convince her, Kalu gave her a time frame when she would accomplish her desire.

Gloria waited in vain as all the promises failed and the police had to be invited to arrest Kalu. After investigation, he was charged to Ejigbo Magistrate’s court.

The police at Area ‘M’ Command, Idimu, that arrested Kalu charged him with breach of contract, invading her privacy, fraud and stealing under the Criminal Code.

When Kalu was arraigned in court, he pleaded not guilty.

The presiding Magistrate, Mrs J.O.E. Adeyemi granted him bail with two sureties in like sum

He was remanded in prison custody at Kirikiri pending when he would fulfill his bail condition.