Mixed reactions over reported end of the world this Sept. 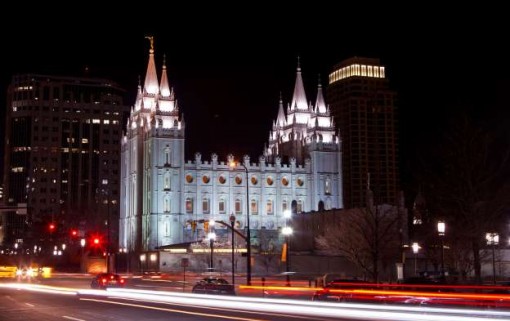 The Mommons Church in the city of Utah, USA. Photo: IBT US

Sales for freeze-dried food, flashlights, blankets and tents have soared in Utah in recent weeks as some Mormons have begun to prepare for the end of the world. The so-called “preppers” believe the world is ending this month based on biblical prophecies, the Hebrew calendar, an unstable economy, world politics and astronomical occurrences, the Salt Lake Tribune reported Sunday.

“There is a sense of urgency, like something is up. A lot of people are mentioning things about September, like a financial collapse,” said customer-service representative Ricardo Aranda at American Fork’s Thrive Life, which sells mostly freeze-dried food.

The Mormon apocalypse believers claim the Jewish High Holy Days that began this week will trigger a financial crisis based on the United States’ “wickedness.” They predict the full moon on Sept. 28 is the next sign of the world is ending.

Some of these speculations stem from Julie Rowe’s books, “A Greater Tomorrow: My Journey Beyond the Veil” and “The Time Is Now.” Rowe, a Mormon mother of three, published the books in 2014 to detail a “near-death experience.” Her two books have sold more than 20,000 copies each.

Officials with The Church of Jesus Christ of Latter-day Saints said they do not endorse the books or their teachings. The late Mormon apostle Boyd K. Packer said in a 2011 LDS General Conference that the “end” was not near and called on young Latter-day Saints to plan for long, productive lives.

“You can look forward to doing it right,” Packer said, ” — getting married, having a family, seeing your children and grandchildren, maybe even great-grandchildren.”

Officials have had to debunk end-of-days predictions in the past. Last month, NASA confirmed that the world would not end in September because of an imminent asteroid strike.

“There is no scientific basis – not one shred of evidence – that an asteroid or any other celestial object will impact Earth on those dates,” said Paul Chodas, manager of NASA’s near-Earth object office at the jet propulsion laboratory in Pasadena, California, at the time. “If there were any object large enough to do that type of destruction in September, we would have seen something of it by now.”