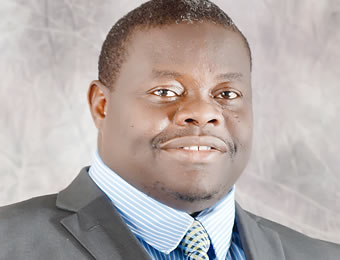 According to Jimoh, a representative of Apapa Constituency 2, TSA means that agencies or governmental parastatals that use more than one accounts would simply have to transfer the money to a central account operated by the Federal Government or the state before the close of work of a particular day.

Jimoh said all that the policy aims at is to ensure proper accountability in the public sector.

Jimoh also supported Monday’s motion by the state House of Assembly on automation of monitoring system in the state, lamenting that the enforcement of traffic laws in the state has been difficult.

He said having records of activities of motorists would help the state government in many regards.

“We have interpreted our laws in so many ways, but the automation of the traffic monitoring system is very important.

“For example, look at the death of the Chief Matron of the Lagos State House of Assembly, Mrs. Caroline Oriola; she was very weak, but she put on the air conditioner of her office in the Assembly that fateful Saturday.

“I didn’t know that there was such record in the information centre of the Assembly because we saw everything later.

“If not that the whole thing was recorded it would have been a serious case.

“I was in my office in the Assembly that day to look at some laws, and I learnt that she drove herself into the Assembly.

“I had headache that day and I had to go to Marwa Garden to pick some drugs.

“If I knew she was in her office, I would have just called her on the intercom, and if God did not want her to die that very day, I would have saved her life then,” he said.

On the constant falling of containerised trailers, the Deputy Majority Leader said containers were supposed to be latched, but that some drivers are just careless and in a hurry.

He also slammed officials of the Lagos State Traffic Management Authority, LASTMA, over their willingness to collect money from the drivers rather than saving the lives of people.

Comparing the behaviour of Nigerians with that of the buffalo, a herbivorous animal, Jimoh said: “this is an animal that the lion cannot kill, especially when they are going in a group.

“But once a lion pounces on one of them in the group, others would run away; they only react and kill the lion if it catches the leader of that group.

“Lions usually target an animal in the jugular and that is how we live.

“If you have a bowl of water, all the buffalo in a group would want to take the water at the same time and at the end of the day none of them would get the water as it would pour away.

“That is how we live as a people in Nigeria.”