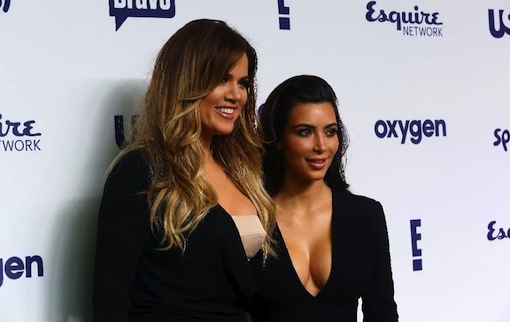 Khloe (L) and Kim Kardashian (R), and their half-sisters Kendall and Kylie Jenner, have launched personalized apps designed to provide the latest window into their much-followed lives (AFP Photo/Astrid Stawiarz)

New York (AFP) – Four members of the Kardashian clan, including Kim herself, have launched personalized apps designed to provide the latest window into their much-followed lives.

Kim, Khloe and their half-sisters Kendall and Kylie Jenner, partnered with California-based Whalerock Industries to create the latest tool to keep up with the Kardashians.

Each app will be free for seven days and then cost $2.99 per month.

Kim Kardashian, star of “Keeping up with the Kardashians” and wife of rapper Kanye West, already has 35 million followers on Twitter and 46 million on Instagram.

The app is her second, following on the heels of the “Kim Kardashian Hollywood” game, which is available on smartphones and tablets.

According to Forbes magazine, Kardashian is one of the highest-grossing celebrities of 2015, with earnings of $53 million, half of which come from the game.

The apps “provide a unique and personal look into their lives,” according to a statement from Whalerock Monday.

The apps will be updated throughout the day and will include “personal diaries, live streaming video, beauty tutorials, workout tips.”