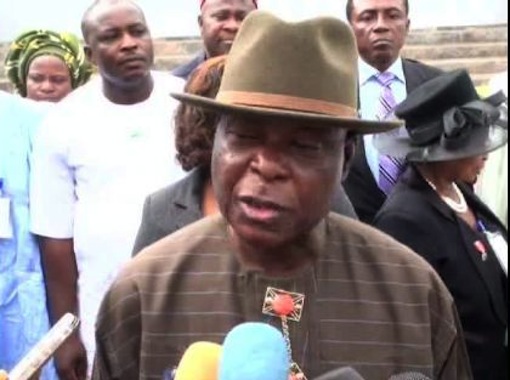 Inadequate budgetary provision have stalled the recruitment of 10, 000 men into the Nigerian Police Force, as promised by President Muhammadu Buhari and may have wait till next year.

This much was revealed in Benin City over the weekend by former Inspector-General of Police and Chairman of Police Service Commission, Mike Okiro, at the commissioning of the renovated Ivbiotor Police station.

He announced that rehabilitation of Police Barracks and Stations across the country may precede the recruitment exercise.

“We have not started yet…Police stations have been desolate for five years and before we recruit we need to make provisions to train them, pay them salaries and allowances. This was not captured in this year’s budget; hopefully by next year we will begin the process,” Okiro said.

Mr. Okiro commended Festus Idjoko‎, the Managing Director of Whosco Ventures Limited, the firm that undertook the renovation of the Ivbiotor Police station.

“Festus Idjoko‎ has done what people should do-he calls it corporate social responsibility, I call it National responsibility. We cannot sit down and shout, condemn and vilify the Police by doing nothing to assist it to do better.

“What Idjoko has done through his company, Whosco Ventures Limited‎, is worthy of emulation, as he did not only see the environment in which the police work, he felt he could make it better for the Police to work better. Other companies and individuals should emulate this gesture,” Okiro said.

He said whereas the Ivbiotor ‎community provided
the plot of land on which the police stands, Deacon Idjoko, a good citizen has rehabilitated it so that the Police can work with passion, commitment and dedication in a conducive environment.

In his comment, Mr. Idjoko said the gesture was part of the Corporate Social responsibility of his firm for the year 2014‎.

He explained that the gesture was a clear reflection of his organization’s sincere desire to give back to the society, adding that Whosco Ventures Limited, would also undertake the cost of routine maintenance of the facilities at the station for one year.