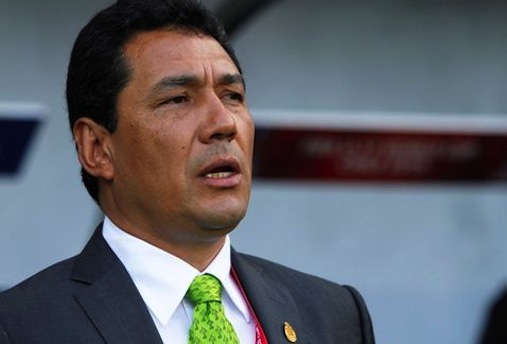 Chief Coach of Mexico, Mario Arteaga, has described the Golden Eaglets of Nigeria as the toughest team his side met in the ongoing FIFA U-17 World Cup Chile 2015.

The two teams met in the semi final in the early hours of Friday, but the clash ended in a thrilling 4-2 victory for the Nigerian lads.

Mexico opened the scoring through Kevin Magana, with stunning efforts from Kelechi Nwakali and Orji Okwonkwo seeing the African side ahead. Diego Cortes’s remarkable solo effort levelled matters, before Osinachi Ebere and Victor Osimhen’s late record-equalling penalty saw the Golden Eaglets into an all-African final against Mali on Sunday.

Mexico coach, Arteaga, said after the match that he would have loved to be in the final but Eaglets’ stumbling block stopped his ambition.

“We know that it would be a tough game, the toughest game in this World Cup. Both teams had chances. Unfortunately we didn’t score, Nigeria did. This was the difference. But that is football. After our equaliser we thought we controlled the game but then Nigeria scored surprisingly.

“We wanted to reach the final but we failed. Of course the players are sad but we have to focus now on the third place match,” FIFA.com quoted Arteaga to have said during the post match briefing in Concepción, Chile.

Mexico will aim to win the third place match against Belgium when both teams clash on Sunday.