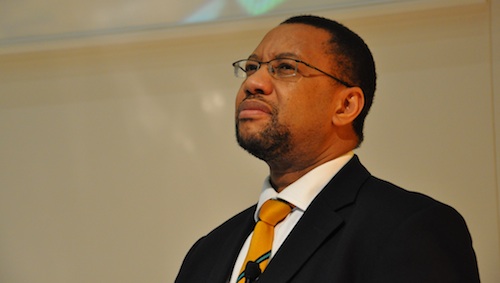 It is not only in Nigeria that MTN has run foul of the rules. It is also in hot water in Uganda, going by this report by Uganda’s New Vision newspaper:

The Commercial court in Uganda has ordered telecom giant, MTN Uganda to pay a sum of Shs 2.3bn (about $662,000) in damages to EzeeMoney Limited for sabotaging its business.

Justice Henry Peter Adonyo on November 6, 2015 also ordered MTN to stop acting in unlawful and anti-competitive manner, which denies other businesses an opportunity to prosper.

Justice Adonyo said MTN should pay Shs 800m to EzeeMoney in general damages for loss of business. It should also pay a penalty of Shs 1.5bn in punitive damages to deter not only MTN but also warn other companies against uncompetitive business tactics.

It all started when EzeeMoney, which runs an e-money business, obtained a contract from MTN for the provision of digital transmission [E1] and 30 fixed telephone lines to carry out its mobile money business.

EzeeMoney then contracted Yo! Uganda Limited (YUL) to implement the service after Uganda Communications Commission, the regulator, approved it on December 2012, to use the 7711 short code to enable its customers to subscribe for e-money services.

But in 2013, MTN cancelled the contract, saying EzeeMoney was a direct competitor to its mobile money business. Through AF Mpanga and company advocates, EzeeMoney went to court, saying MTN’s action “restricted and distorted competition.”

EzeeMoney said MTN also damaged its ties with YUL and deprived it of services of other telecommunications operators. It argued that MTN used its exclusivity agreements to stop its agents from working for any other firm with similar business, further limiting competition.

In a January 28, 2013 letter to EzeeMoney, MTN appeared to say its business would be disrupted if the former was given access to its platform.

“EzeeMoney is in direct competition with MTN in the provision of mobile money,” read the letter in part.

Justice Adonyo said the letter confirmed that MTN was stopping services of the company because it considered it a competitor.

“It is testified that when YUL required the defendant [MTN] to activate the plaintiff’s [EzeeMoney]short code on its platform, the defendant declined to do so on the basis that the plaintiff was in direct competition with it,” the judge observed.

“YUL then seeing that the plaintiff couldn’t carry out the business they had agreed together, by a letter dated 7/2/2013, did terminate all services with the plaintiff as YUL did not want to jeopardize its relationship with the defendant.”

David Mpanga, EzeeMoney’s lead counsel, said MTN’s action of not activating the short code and the subsequent cancellation by YUL led to loss of business.
“The denial of the use of the defendant’s [MTN] platform to the plaintiff [EzeeMoney] by the defendant would thus be an act which is prohibited within the meaning of section 53(1) (a) of the Act [Communications] for it limited competition,” Adonyo said.

The judge also found that MTN coerced its agents to reject EzeeMoney. One witness, Sammy Mwathi, told court that he was an MTN money agent and he was restricted from dealing with other firms in the same business by signing exclusivity agreement.

“The perusal of the exclusivity agreement itself confirms the position that the defendant acted outside the law for it appears it used coercive methods like denial of services to its agents,” he said. “[This] prohibited fair competition… and [was] contrary to the provisions of the law.”