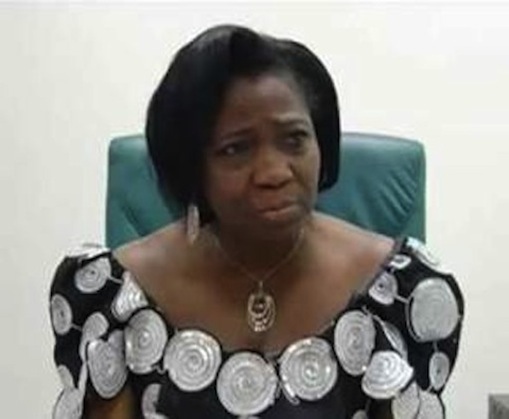 A former federal lawmaker, Mrs Abike Dabiri-Erewa, on Thursday in Lagos called for the domestication of the Violence Against Persons Prohibition Act in all the states.

Dabiri-Erewa made the call while speaking on “Nigeria’s Progress in Gender Development’’ at a public lecture, organised by Genesis House in collaboration with Access Women Network and Freedom Foundation.

The theme of the lecture is “Empower Women to End Violence’’.

She expressed worry over the increase in violence against women, including rape, battery, widowhood, forced ejection and female mutilation among others.

“It is not acceptable for anybody to inflict violence against women. A man that beats a woman has problem and should be in a mental home.

“Violence against women is pandemic. NGOs must rise to make more noise regularly. Every state should have a centre that takes care of that.

“It is our moral obligation to stop violence against woman. Men do what they do because they can get away with it,’’’ she said.

The former House of Representative lawmaker, however, called on the women to respect themselves by dressing well to avoid being abused.

Mrs Sunmbo Olatunji, Assistant General Manager, Treasury Group of Access Bank Plc said the objective of the lecture was to spread the message of human rights violation toward women.

Olatunji noted that gender violence was one of the most pervasive violations of human rights in the world, stressing that it was also one of the least prosecuted crimes.

The Programme Director of Genesis House, Mrs Helen Nwanbuko, said the programme was to bring life back to those that have lost hope by the reason of one violence or the other.

She said the NGO organised the lecture to sensitise members of the public on the need to stop violence against women.

Mr Joseph Famakid, Lagos Zonal Commander of the National Agency for the Prohibition of Trafficking in Persons and Other related Offences (NAPTIP), urged women to stop violence against children.

He said that it was now and offence to have a house helps who is under 12 years.

The News Agency of Nigeria (NAN) reports that a panel of discussants urged the women to examine their attitudes by watching what they do at home that attracted violence against them.

The discussants noted that men and women were the same, noting therefore that there must be mutual respect.

The UN declared Nov. 25 to Dec. 10 as days to raise public awareness and increase political will to prevent violence against women.